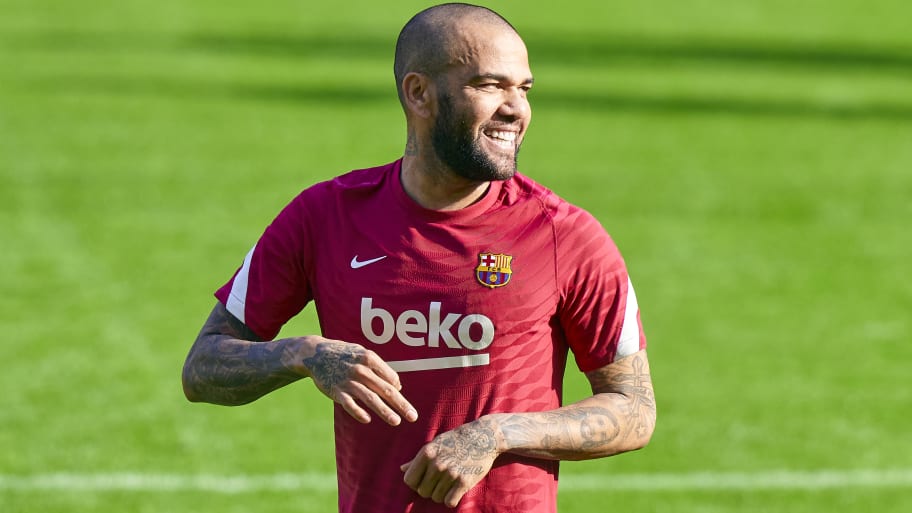 Dani Alves is in line to make his second Barcelona debut in Wednesday's Copa del Rey clash with Linares after being officially registered in the squad.

38-year-old Alves' return to Camp Nou was confirmed in November but he had to wait until the next registration period in January before he could play, but there were even doubts over whether Barcelona had the available salary space. He also recently tested positive for Covid-19.

Coach Xavi and director Mateu Alemany have both confirmed that fellow new signing Ferran Torres, who has tested positive for Covid-19, cannot be registered until Barcelona sell some players to make room under the salary cap.

Fortunately, there has been no such issue for Alves, whose registration has now been finalised in time for Barcelona to name him in their squad for Wednesday's game.

There's a good chance Alves could start the game. Right-back Sergino Dest is out with Covid-19 and the versatile Sergi Roberto has a hamstring injury, meaning Xavi has been forced to use centre-backs out on the right for a few weeks now.

Ousmane Dembele is also part of the squad for the Linares game, despite widespread suggestions that Xavi has grown tired of his ongoing contract stand-off.

The Frenchman has entered the final six months of his deal and, despite constant claims from those in charge at Camp Nou that he wants to stay, is yet to sign on and Xavi is understood to now have given up hope of keeping the winger.

Nevertheless, he remains in the squad for this game, with the idea of banishing him to the sidelines not currently on the schedule.

Having recovered from Covid-19, centre-backs Clement Lenglet and Samuel Umtiti are both out with stomach bugs, adding to Xavi's long list of absentees.

This article was originally published on 90min as Dani Alves included in Barcelona squad to face Linares.