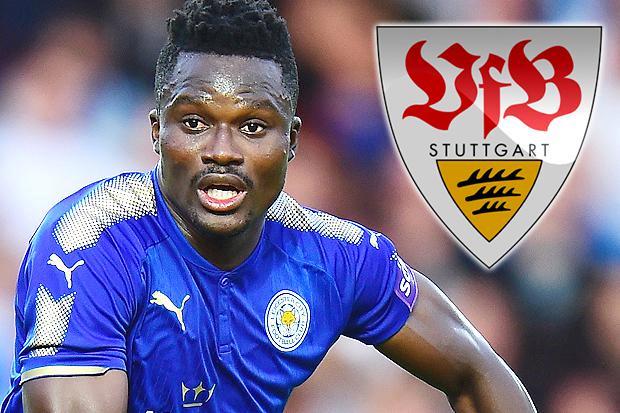 Daniel Amartey has been linked with Stuttgart move

It's been a frustrating start to the season for Leicester City's Daniel Amartey. The talented Ghanaian hasn't been able to break into the Foxes first team so far this campaign and has played just 18 minutes in the Premier League. He watched from the bench as his side went down 3-2 at the hands of Liverpool and he may need to seek a move away in January in order to continue his development.

The 22 year old returned to the fold on the 19th September for his side's Carabao Cup match with Liverpool. The Foxes ran out 2-0 winners with both teams making wholesale changes and Amartey got 90 minutes under his belt for the second successive round. However, it's been a different story in the top flight where the defensive midfielder has racked up just 18 minutes so far.

Amartey came off the bench in Leciester's opening weekend defeat to Arsenal but Craig Shakespeare hasn't opted to use him since and it's been a hugely frustrating few months for him.

Despite his lack of game-time domestically, Amartey played both World Cup Qualifiers for Ghana at the beginning of September. The Accra-born midfielder who made his International debut back in 2015 played a full 90 minutes in both encounters with Congo and helped his side to four points from a possible six.

Those results leave them in with a small chance of qualifying for Russia 2018 although they would need to beat both Uganda and current leaders Egypt in their remaining two matches at the beginning of November.

Despite his versatility he hasn't been able to break into the side even after the departure of standout star N'Golo Kante. The emergence of Wilfred Ndidi hasn't helped Amartey's cause and the 22 year old may have to search for alternative options when the January transfer window opens at the start of 2018. 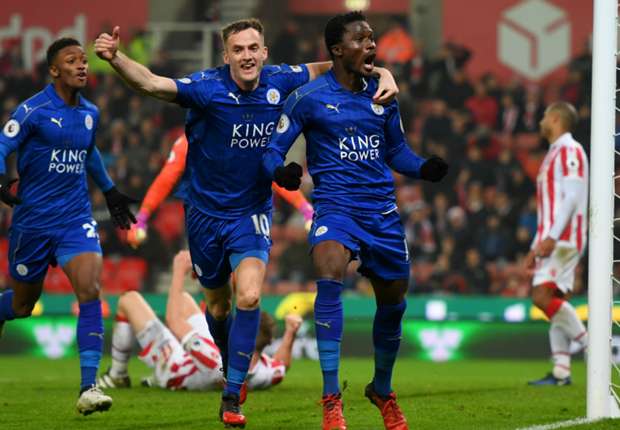 Daniel Amartey celebrates with his Leicester City team-mates
After returning from the African Cup of Nations Amartey struggled to break back into the side and the dismissal of manager Claudio Ranieri hindered his chances even further.

He still has youth on his side and can definitely develop further but sitting on the Leicester City bench isn't going to help him realise his potential.

Stuttgart were believed to be interested in the Ghanaian whilst rumours of Inter preparing a bid also emerged during the summer months but he remains in the Premier League for now.

His recent Carabao Cup outing failed to persuade Craig Shakespeare to offer him a start in Leicester's top flight defeat to Liverpool on September 23rd.

It was the second time that the Foxes hosted the Reds that week with many tipsters including my sports blog predicting Jurgen Klopp's side to struggle in the cup against the former Premier League champions.

Amartey played a key part in that success and he'll be hoping to feature in the next round against championship outfit Leeds United.

Amartey cuts a frustrated figure on the Leicester City bench and the occasional Carabao Cup appearance is not going to help his progress.

He will be keen to remain in the Ghana squad and is likely to feature during their crucial World Cup Qualifiers in November 2017 but there is a chance he will be a little short of match practice ahead of the Uganda match.

A move away from the King Power Stadium may be the best option for Amartey as he searches for regular game time and looks to continue his development after plenty of early promise.