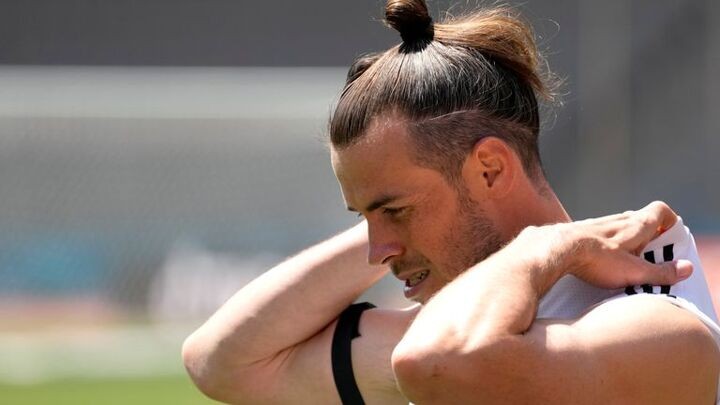 Wales winger Daniel James says he thrives under pressure and does not get too nervous anymore ahead of his side's Euro 2020 opener against Switzerland.

Wales start their Group A campaign by facing a Swiss side ranked 13th in the world on Saturday in James' first taste of a major international tournament.

The 23-year-old, who has won 20 caps for his country so far, made his senior Wales debut in November 2018 and is a probable starter in Baku.

James was often on the periphery at Manchester United last season, making only 11 starts in the Premier League compared to 26 the previous campaign following his move from Swansea.

Despite the season ending in disappointment for United with defeat in the Europa League final, James converted from the spot in the penalty shootout and, as attention now turns to the national side, he says playing in important matches has made him more composed.

Asked if he gets nervous, James told Sky Sports News: "I think being involved in a lot of pressured games obviously helps. They've calmed down now, definitely.

"Before the game you have a few butterflies, but it's more excitement than nerves and as soon as I get out on that pitch I forget it all, so I wouldn't say I get too nervous anymore.

"I love the pressure. I like the excitement and I kind of thrive off it. Obviously, I've got to set myself my own targets and I want to contribute to the team as much as I can, getting goals and assists and, if I'm not, it's always working hard on the pitch and trying to do my best."

'I am so proud to represent Wales'

Wales reached the semi-finals of Euro 2016 and the core of the squad successful in France has been added to by an exciting generation of emerging talent - including James.

Having been delayed by a year due to the coronavirus pandemic, he says his first European Championship cannot come soon enough.

"It's been a big wait," he said. "We've waited that extra year to get here and now we're really excited. The days are going so quick and now all eyes on Saturday really for that first game.

"I'm so proud to represent this country every time I put that shirt on and to be involved in the campaign to get here was unbelievable.

"I started off that campaign with my debut and to actually be here now is unbelievable. As soon as I put that shirt on I've got to let the emotions settle down and play it as a normal game. I can't wait to get started."

Notebook: How will Wales fare at the Euros?

Wales are stepping up their preparations for Euro 2020 having arrived in Azerbaijan ahead of their opening two group games.

Rob Page's side play three Group A games in nine days, starting with Switzerland on June 12 in Baku. They also face Italy and Turkey.

Gareth Bale's return to form towards the end of the Premier League season is a good omen for Wales, who reached the semi-finals in 2016 and will need their captain at his thrilling best if they are to replicate that achievement.

But what of the rest of the squad?

Sky Sports News reporter Geraint Hughes tells the Sky Sports Football Euros podcast how he thinks Wales will fare at Euro 2020, Page's impact and his selection dilemmas ahead of the tournament.

Who would you pick to start in Wales' Euro 2020 opener against Switzerland? Choose with our team selector...