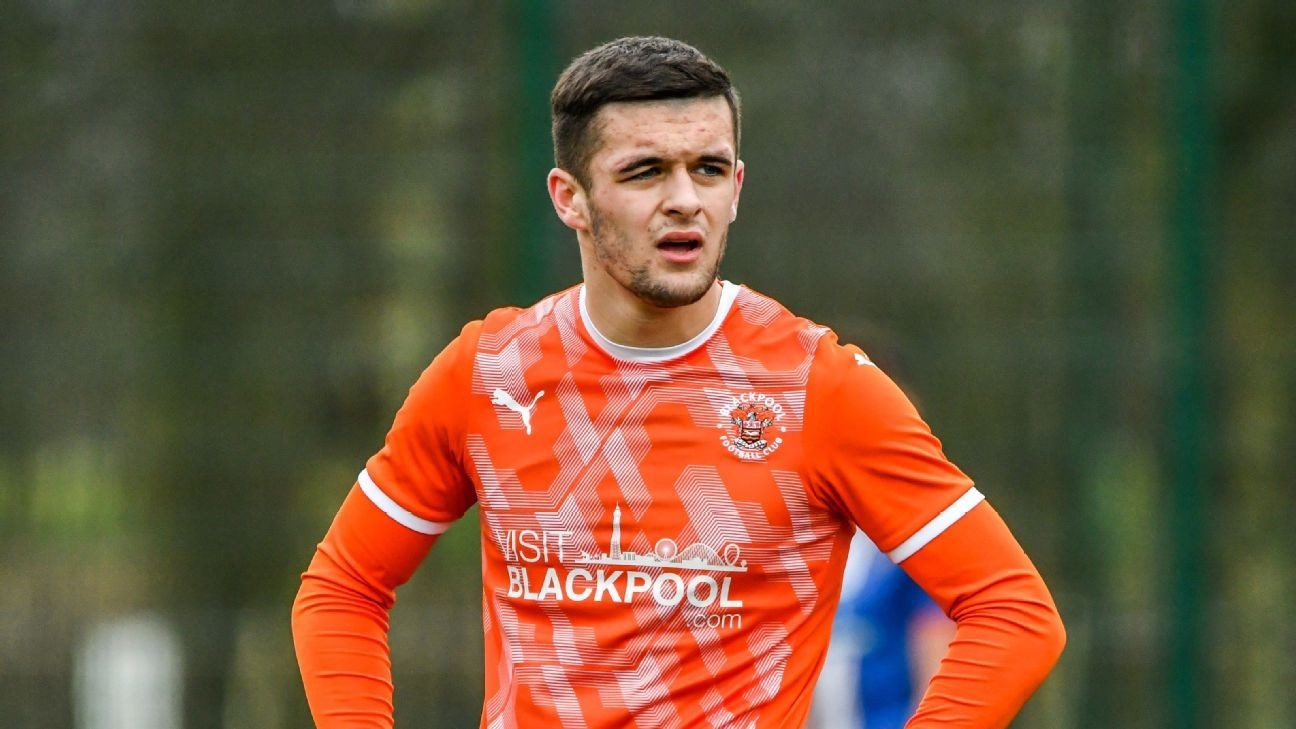 Blackpool's Jake Daniels has become the first active openly gay professional male footballer in the UK after coming out publicly and making an announcement on Monday.

The 17-year-old recently signed a professional contract with the Championship team and made his club debut earlier this month.

Speaking to Sky Sports, Daniels said he hopes that he can become a role model for others and hopes there will be a gay Premier League footballer in the future.

"Of course I am aware that there will be a reaction to this and some of it will be homophobic, maybe in a stadium and on social media," he said.

"It's an easy thing for people to target. The way I see it is that I am playing football and they are shouting stuff at me, but they are paying to watch me play football and I am living my life and making money from it. So shout what you want, it's not going to make a difference.

"I won't stop people from saying that stuff, I just need to learn how to not let it affect me. I am hoping that by coming out, I can be a role model, to help others come out if they want to.

"I am only 17 but I am clear that this is what I want to do and if, by me coming out, other people look at me and feel maybe they can do it as well, that would be brilliant."

Justin Fashanu became the first openly gay male British footballer in 1990 but took his own life at the age of 37, eight years after coming out publicly to the press.

Since Fashanu, there has not been a single male player to publicly come out during their playing career. Former Aston Villa star Thomas Hitzlsperger and ex-Hull City youngster Thomas Beattie revealed their sexuality after retirement.

In March, United States women's international Megan Rapinoe appealed for non-LGBTQ+ people to do more in football and said so few male footballers have come out because the environment is not "safe."

Daniels added that he felt it was the right time to come out and has received a positive reaction from the club and his teammates.

"Now is the right time to do it. I feel like I am ready to tell people my story. I want people to know the real me," he said.

"I have been thinking for a long time about how I want to do it, when I want to do it. I know now is the time. I am ready to be myself, be free and be confident with it all.

"I can't really put a date on it, but I was probably five or six years old when I knew I was gay. So it's been a long time that I have been living with the lie.

"At that age you don't really think that football and being gay doesn't mix. You just think, one day, when I'm older I'll get a girlfriend and I will change and it will be fine."

"For a long time I've thought I would have to hide my truth because I wanted to be, and now I am, a professional footballer. I asked myself if I should wait until I've retired to come out. No other player in the professional game here is out.

"However, I knew that would lead to a long time of lying and not being able to be myself or lead the life that I want to.

"Since I've come out to my family, my club and my teammates, that period of overthinking everything and the stress it created has gone. It was impacting my mental heath. Now I am just confident and happy to be myself finally."