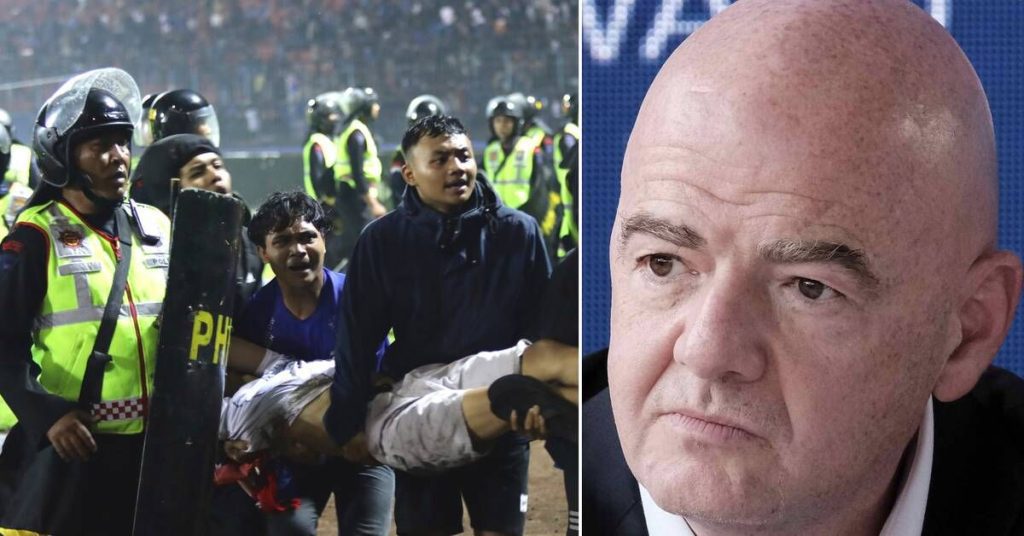 Fifa President Gianni Infantino has described the death of at least 125 people in a crush at a football match in Indonesia as a "dark day" for football.

Around 180 people were also injured after Arema FC's loss to rivals Persebaya Surabaya on Saturday in East Java.

The crush occurred after police used tear gas on fans who had invaded the pitch.

"The football world is in a state of shock following the tragic incidents that have taken place in Indonesia," Infantino said.

"This is a dark day for all involved in football and a tragedy beyond comprehension."

As panic spread in Malang's Kanjuruhan Stadium, thousands rushed to the exits, where many died.

According to Fifa, the world's governing football body, no "crowd control gas" should be carried or used by stewards or police officers at matches.

Infantino added: "I extend my deepest condolences to the families and friends of the victims who lost their lives following this tragic incident.