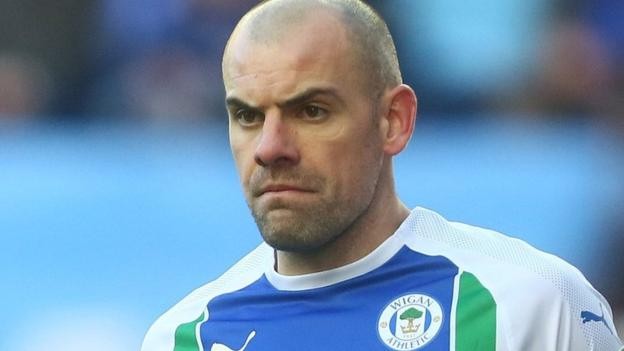 Former Republic of Ireland midfielder Darron Gibson is one of six players being released by Wigan Athletic.

The ex-Manchester United, Everton and Sunderland player, 31, played 18 times after joining the Latics in August.

Powell has scored 29 goals in 99 appearances since joining the Latics in 2016 and helped them win the League One title in 2017-18.

But the former Manchester United player, 25, is out of contract and reports have linked him with a move to Wigan's Championship rivals Stoke City and Sheffield Wednesday.

Midfielder Shaun MacDonald, capped four times by Wales, and goalkeeper Dan Lavercombe have also been released by the Latics.