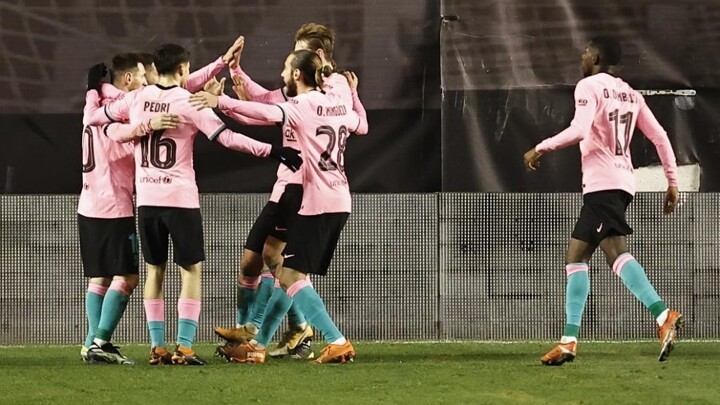 Frenkie de Jong has shrugged off the doubts from his first season at Barcelona and is performing at a high level in his second season in Spanish football.

The Dutchman has been particularly important in attack in this month of January, becoming a key offensive weapon for Ronald Koeman and looking more and more like the player who shone at Ajax.

Koeman has changed things around recently to push De Jong closer to the opposition penalty area and both Dutchmen have been open in saying that this is the main reason for the improvement in the midfielder's attacking numbers.

In this month of January so far, he has four goals - against Huesca, Real Sociedad, Elche and Rayo Vallecano - and also has two assists - against Athletic Club and against Elche.

"I don't know how many more goals I'll score," he said after the Copa del Rey win over Rayo Vallecano on Wednesday, but he doesn't look like slowing down.

For Barcelona, this is most welcome. Costing a fixed 75 million euros and 11m euros more in potential add-ons, De Jong is one of the club's most expensive bets for the future.

Koeman has done a good job of getting the most out of this investment, having converted the player he knows well from his Netherlands national team days into a player who can get forward.

The coach has said that he wants the player to reach the second line, something Barcelona's midfielders haven't always been able to do.

With excellent fitness, De Jong has the energy and ability to carry out this role and the results are being seen on the scoreboard and in the overall play.

He has had an excellent month of January, and there's still one more fixture to go this month when Barcelona host Athletic Club in LaLiga Santander on Sunday.