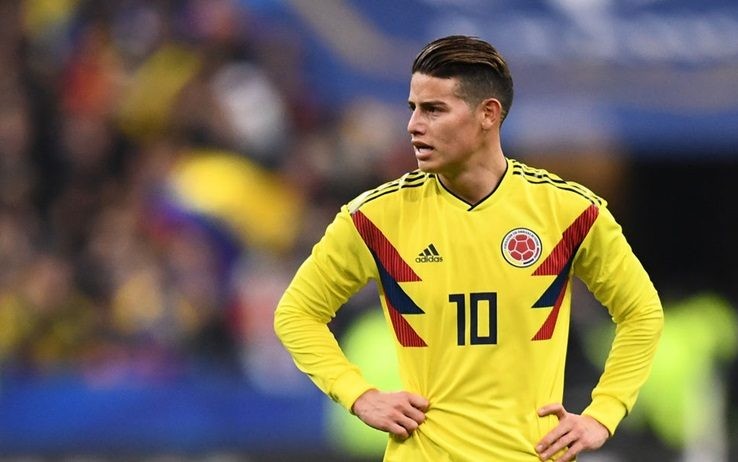 Napoli president Aurelio De Laurentiis is hoping that Real Madrid lower their asking price for James Rodriguez as the Colombian player and the Italian club are keen to conclude a deal to take him to Serie A.

James’ situation at Madrid has been made clear and Zinedine Zidane has no plans to use him next season, but talks with the Partenopei have been ongoing for some time now and no still agreement has been reached.

“James is the most covered player in the media after [Lionel] Messi and Cristiano Ronaldo,” De Laurentiis said to Corriere dello Sport.

“Carlo Ancelotti really likes him and he wants to play for Napoli, but Madrid are asking for too much.”

It’s thought that the player is only a matter of steps away from making his move to the Stadio San Paolo, but Madrid and Napoli are struggling to find common ground, as the latter want to postpone the payment of 40 million euros until next summer, something Los Blancos aren’t happy to agree to.

Mauro Icardi is another player that has been linked with a move to Campania, but De Laurentiis was critical of the Inter forward.

“He hasn’t been advised well,” the president said, taking aim at the No.9’s agent and wife Wanda Nara.

“It seems as though he’s been wasted and hasn’t understood the importance of his role.

“He’s 26-years old but seems older. I won’t deny that we asked about him, but I wouldn’t swap him for [Lorenzo] Insigne.”

Napoli are in the hunt for a striker this summer, and Valencia’s Rodrigo is another they have considered.

“He likes us,” De Laurentiis said.

“But he doesn’t want to leave Spain.

“He wants to stay there, which we respect.”