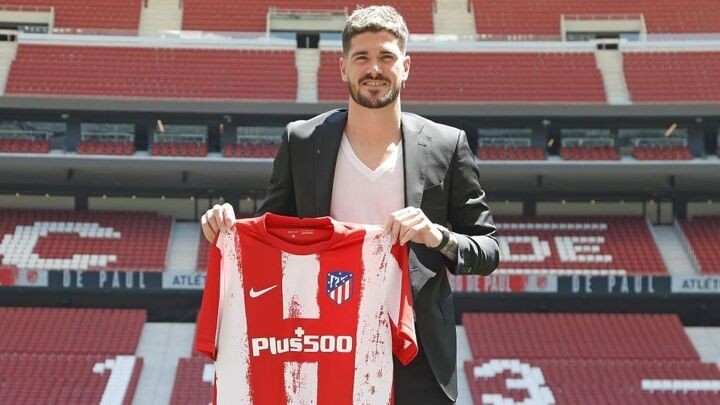 Rodrigo de Paul has only been at Atletico Madrid for two days, but he's already loving life at his new club.

The midfielder spoke to the club's own media about his move from Udinese.

"It's a huge club, but the people here make it feel like a family," he said.

"This was one of my dreams. I fulfilled that dream and I want to make history at this beautiful club.

"The group have welcomed me really well. I'm really happy and trying to adapt and get used to the team."

Working with Diego Simeone is something that's particularly special for the Argentine and thinks he'll really help him with his development.

"To be coached by one of the world's best managers is incredible," he added.

"His career and achievements speak volumes and will never be forgotten.

"I will learn so much from him and that motivates me a lot. We understand and feel football in a very similar way.

"I'm convinced that competition for places will make all of us better. I'm here to compete and help the team."

Replicating his success of winning the Copa America with Argentina is something he wants to do with Atleti.

"Our country hadn't won the Copa America in 28 years," he continued.

"I want to keep feeling the same things with Atletico as I felt when I won that trophy. I would like to make history at this club."

To finish, he spoke of how keen he is to experience the Estadio Wanda Metropolitano when it's full of supporters.

"The supporters are a key part of football. I want to thank the fans for the overwhelming support they've shown me.

"I want to tell them I'm here to compete and make them happy. Hopefully we can achieve big things together."