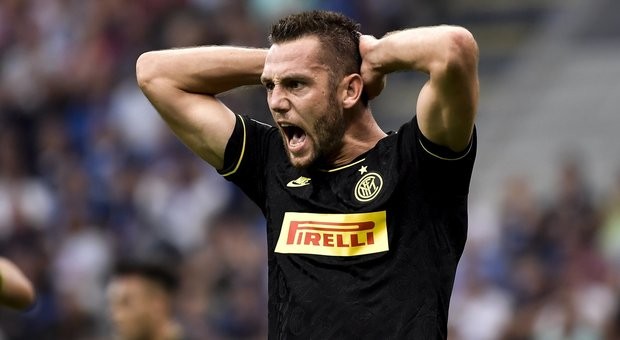 After a straightforward win over AC Milan in the Derby della Madonnina, Inter defender Stefan De Vrij was quick to praise the impact coach Antonio Conte has had on the team.

Goals from Marcelo Brozovic and Romelu Lukaku down the Rossoneri and kept Inter’s 100 percent Serie A record for the season in tact.

“Conte has given us a day off to thank us for the win,” De Vrij told reporters. “We’re training a lot on the change between attack and defence which takes a lot of time to get used to.

“We don’t want too talk too much [about the Scudetto], but take it game by game. Sometimes you hear Conte [on the sideines] but with 70,000 people in the stadium it’s hard to hear him, but he brings a lot of passion to us.

“In Conte’s system, the way we play has changed, so now we are playing with three in defence. I have to say that we also train a lot with the ball.

“We aren’t having that many hours of training without the ball on the pitch, which of course happens more in Italy than in the Netherlands. Here the football played is much more tactical.”