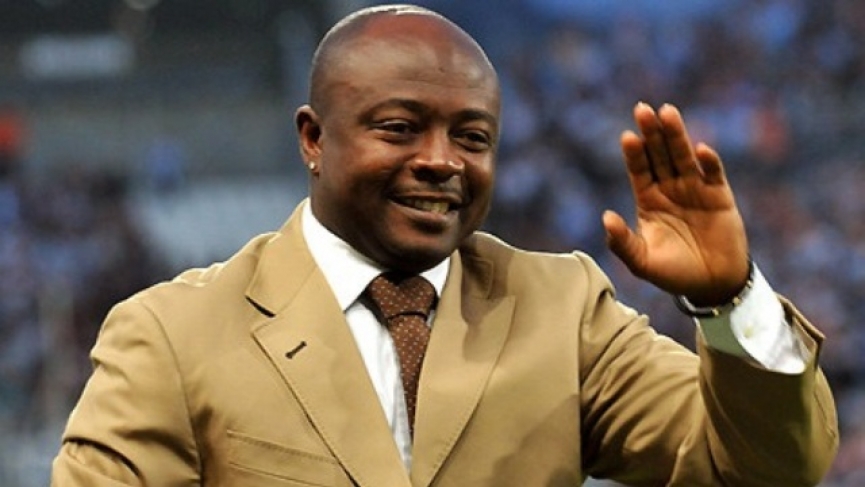 Despite most of the concentration labelled on the big European names, one cannot deny the fact that there currently is and have been an array of talents from African soil to have played the beautiful game of football.

Truly we’ve witnessed a huge number of outstanding players in the game most especially from Europe, Africa has also produced some really mouth-watering sensations.

According to Boateng, he idolized compatriot and Olympic Marseille legend Abedi, Okocha, and Weah as a young footballer but the former stands tall amongst every footballer to have graced the pitch on the continent.

“Abedi Pele was the man I was looking up to,” Boateng told Goal in an exclusive interview.

I had the chance to meet him during my career as a young player, got some advice from him, sometimes I call him or will go and visit him and we talk.

“He’s the player I have always looked up to. He’s done a lot for the nation. Even now when you go somewhere and say you are from Ghana, people still mention his name. For me, he’s a legend.

“Outside Ghana, I looked to Jay-Jay Okocha, another great player. But my [topmost] guy is Abedi Pele. I admired George Weah too."

Abedi enjoyed an illustrious career during which he won the Africa Cup of Nations with Ghana in 1982 and the Uefa Champions League with French side Olympique Marseille in 1992-1993.

At individual level, he claimed the Africa Footballer of the Year award on three occasions.

“I would say Abedi Pele [is the greatest African of all-time],” Boateng said.

“That’s what I believe and know and I would never change it. George Weah is among the top guys as he won the World Best Player award but for me, Abedi is the best.”

Weah, now president of Liberia, also won the African Footballer of the Year award on three occasions, and played for PSG, Monaco and Milan, among others.

Nonetheless, his biggest honour remains being named Fifa World Best Player in 1995, the only African to have won the award.

Widely remembered for his days with PSG and Bolton Wanderers, Okocha won Afcon with Nigeria in 1994 and the Olympic Games in 1996.