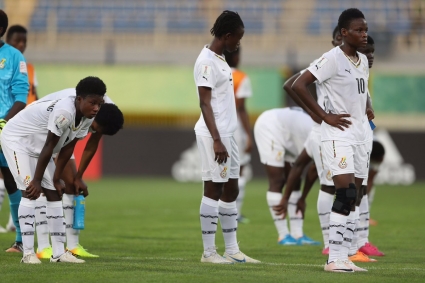 Head coach of the Black Princesses Mas-Ud Didi Dramani is worried about government's refusal to pay the bonuses and per diems of the Black Maidens questioning 'how can you leave Ghana to go and work for the nation without being paid."

The Black Maidens lost 2-1 to Korea in the quarter finals of the FIFA U17 Women's World Cup in Jordan and returned home on Sunday.

The Maidens arrived in Ghana with cries for the qualification bonuses for the tournament and also from the group stage as well as their per diems.

And the former Kotoko coach says it's a worrying situation.

"It is worrying but I am not surprised because it has always been like this. Just that it is getting worse and no one seems to care. How can you travel out of Ghana to work for Ghana and you are not paid per diem?

"It has never happened before and it's very bad."

"In 2012, so much investment was put in place and we went to the first gentleman of the country so the players were really motivated," Didi Dramani said.

"Players who got injured were well treated, bonuses were paid timely and concentration was high. We were really motivated," he added.

Didi guided the Black Maidens to win the first medal by a female team in football at the world stage, picking bronze with the side in Azerbaijan in 2012.