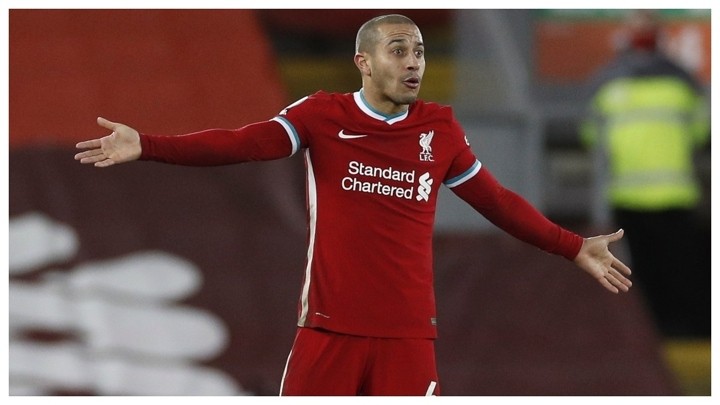 Injuries have hindered much of Thiago Alcantara's debut season with Liverpool, yet when he has played he has looked infinitely impressive, yet Dietmar Hamann believes that he isn't the sort of player the club need.

Thiago has made just six games for the Merseyside club, three as a starter, although his last appearance was a fine display against Manchester United, in which he dictated the entire flow of the game.

"He slows things down and doesn't really play the way Liverpool play, Liverpool were always good when they played the ball forward quickly, Thiago isn't that type of player," Hamann told the Liverpool Echo.

"Everyone was raving about Thiago when he came to Liverpool but he's hardly played, he came on against Chelsea when they had the most passes in the second half, but Chelsea were down to 10 men.

"I can tell you he is a good player, a skilful player, yes, but there was never a time at Munich where people said he should be the first name on the teamsheet."