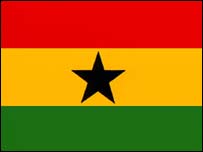 Ghanaian second-tier sides have threatened to boycott this season's League mid-way through if a verdict on a bribery case last term is not released, according to the Daily Graphic.

Referee Musa Yahaya is reported to have admitted in his report that he was offered bribe to officiate in a league match between Vipers and Medeama last season in Cape-Coast.

Fans accosted him after the match and retrieved 2,000 Ghana cedis from his socks.

It is alleged that the verdict has been delayed because some big personalities were mentioned in the bribery scandal.