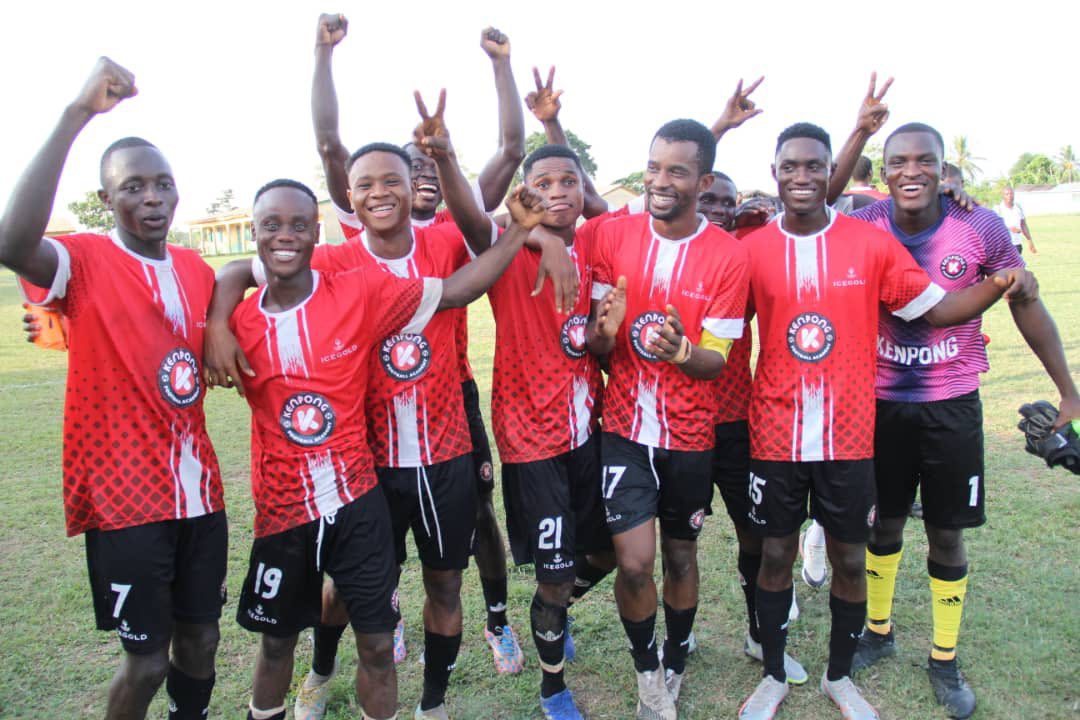 Kenpong Academy continued their fairytale in the Division One League on Sunday, 23 October 2023, when they beat former Premiership Ebusua Dwarfs 2-1 in Cape Coast with ten men in Zone II.

The Winneba-based side, playing in their first season, took the lead in the third minute through Daniel Moro.

Just before the half-time whistle, Richard Addai snatched the equalizer for Dwarfs with a penalty.

After the hour mark, Moro added the second to bag a brace.

With 15 minutes to the end of the game, Kenpong had a man sent off.

In other results, WAFA made it back-to-back wins with a 1-0 success over Nzema-based Basake Holy Stars at Gomoa Fetteh.