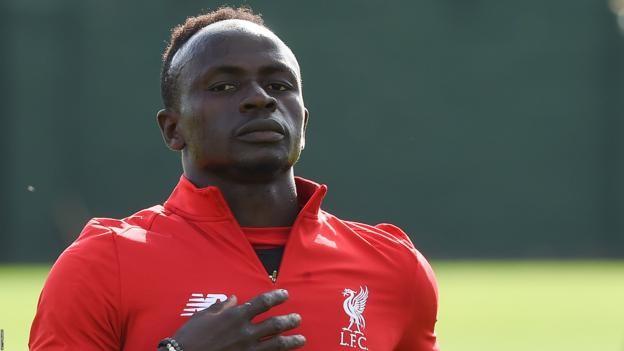 In the UK, August is traditionally a time when families get away for breaks in the school summer holidays.

But should we spare a thought for footballers, who have been back at work for weeks without any prospect of a holiday for nearly 12 months?

Liverpool's Sadio Mane has highlighted the issue saying he's not had a proper break for seven years, after spending most of July helping Senegal reach the Africa Cup of Nations final.

BBC Sport takes a look at how footballers have shifted from R&R to a summer slog.

So how much rest and recuperation do players actually get?

The majority of Premier League players were officially on holiday the day after last term's final fixture on Sunday 12 May.

However, there were delays for the Manchester City and Watford players involved in the FA Cup final the following weekend as well as the Liverpool and Tottenham squads whose final game arrived in the Champions League final in Madrid on 1 June.

And that was before the Nations League, Copa America and Africa Cup of Nations added another tier of games for the likes of Mane, who played 57 domestic, European and International fixtures in just over 11 months during 2018-19.

That meant the 27-year-old began training for the new campaign on Monday 5 August - just 17 days after finishing the previous one.

"I think I am ready," said Mane, who found himself in a similar situation 12 months ago after playing in the World Cup in Russia.

"Time is scarce. I have been playing for a long time. I haven't had holidays of over 20 days for seven years but I am used to it. I am ready. I am here now so let's do it."

But even for players not involved in tournaments there is an expectation to train in the off-season and make use of training plans, while some, believe it or not, even choose to take fitness coaches on holiday with them.

What does a footballer's contract say about holidays?

According to a standard Premier League/English Football League contract, players are entitled to "five weeks paid holiday to be taken at a time or times determined by the club - subject to the club's first team and any international commitments".

As you might imagine there's no scope for carrying days forward like in a typical office environment but "a club shall not unreasonably refuse to permit the player to take three of such weeks consecutively".

That sounds like bliss for Mane, as well as Tottenham forward Son Heung-min who played 78 matches and travelled more than 110,000km to represent South Korea last year.

Son who played 72% of his matches with less than five days rest from his last, was name checked by Fifpro earlier this month, when they said the health of top footballers was "at risk" and called for "mandatory offseason breaks of four weeks".

The global players' union's data showed 16 elite players had played almost 80 matches and clocked up a hefty chunk of air miles during 2018-19.

Are players hard done by?

School summer holidays are a write-off, as is a festive Christmas dinner for most top-flight players, who tend to be holed up in hotels away from family and friends before Boxing Day games.

And the unrelenting schedule has come in for criticism from both Liverpool boss Jurgen Klopp and his Manchester City counterpart Pep Guardiola.

Klopp said: "If we don't learn to deal with our players in a better way, competition-wise, then it's the only chance to kill this wonderful game. Because without the players, it's not a good one."

Guardiola has said the festive fixture schedule was "killing" his players though this season there will at least be a weekend off in February, a move the Football Association has called "significant".

And before getting too concerned over the welfare of footballers, there are also a few perks to the job to consider.

Yes, going to away games or a far-flung destination in Europe can be a chore but travelling by private jets and staying in the best hotels isn't quite the same as jumping on public transport in rush hour.

And while most full-time UK workers can spend over 30 hours doing their jobs, training for footballers rarely lasts over a couple of hours per day.

Not bad work if you can get it, given the six-figure salaries on offer in the Premier League.

With a day off in the week and usually one at the weekend it means there's plenty of time to get out on the golf course, nip to the cinema or pop out to the shops.