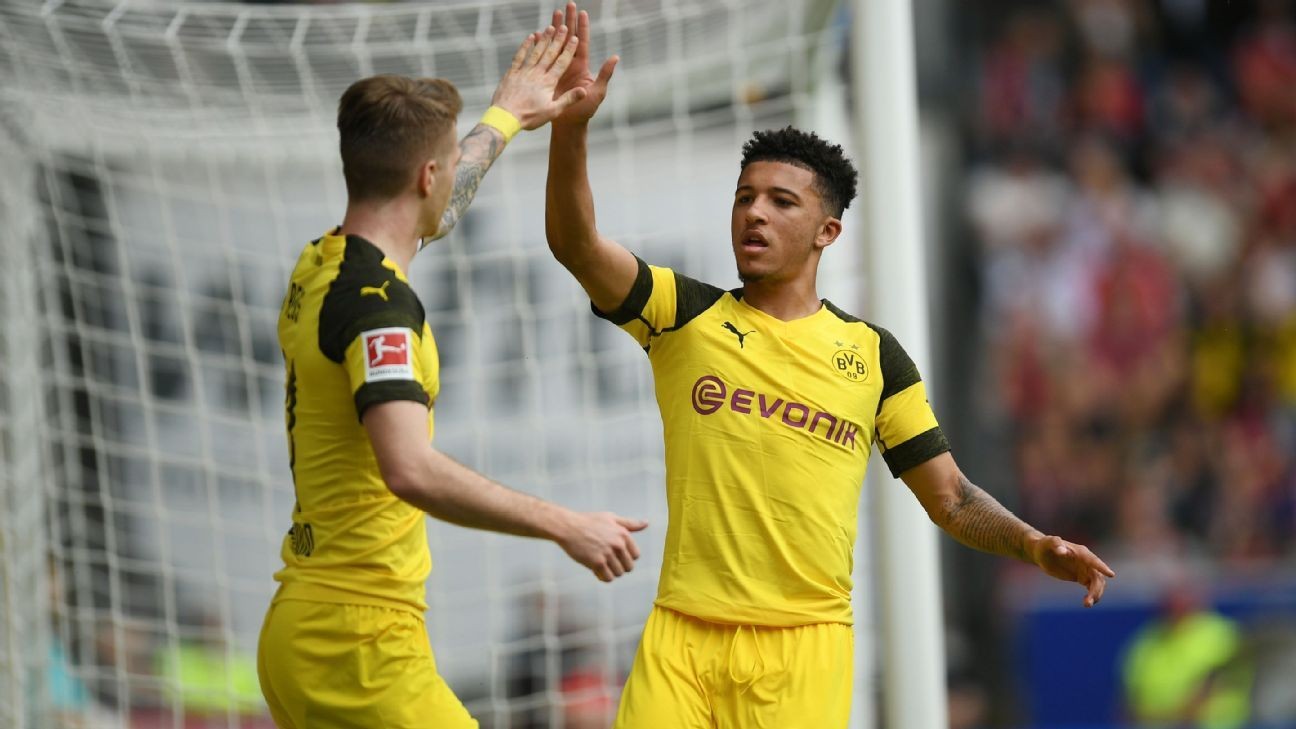 Borussia Dortmund eased past Freiburg 4-0 on Sunday, with goals from Jadon Sancho, Marco Reus, Mario Gotze and Paco Alcacer, to stay a point behind leaders Bayern Munich with four games left in the Bundesliga season.

England international Sancho tapped in from close range for the visitors in the 12th minute and Reus completed another fine move in the 54th to score his 16th goal of the season.

The pair then combined to set up Gotze for their third in the 79th and Dortmund's top scorer Alcacer made it 4-0 with an 87th minute penalty, his 17th league goal.

The result kept Dortmund, on 69 points, within striking distance of Bayern, who are top on 70 after their 1-0 victory over Werder Bremen on Saturday.

"It is important that we stick together in the tough moments and continue believing that we can become champions," captain Reus said. "We want to keep up the pressure on Bayern until the end and we managed to do that with today's win.

"Now we need to recover in the next days and start preparing for the derby against Schalke."