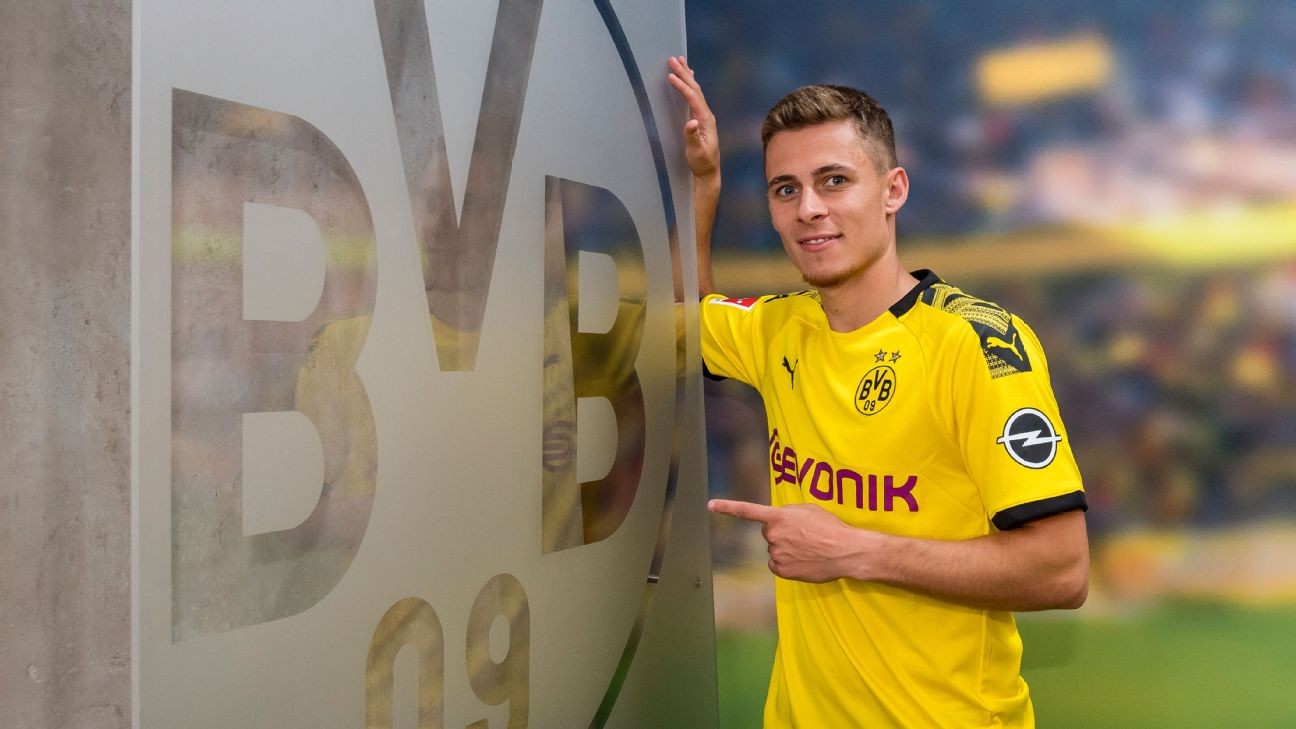 Borussia Dortmund are acutely aware that they've just missed the biggest chance in years to wrest the Bundesliga title away from Bayern Munich. But where some might see failure, Dortmund are determined to treat their second-place finish as a platform to go one better next season. A €75 million transfer blitz of three signings in two days last week was timed to provide their fans with plenty of optimism going into the summer break.

The three signings represent two different types of rationale. Germany left-back Nico Schulz (€25m from Hoffenheim) fills an obvious gap in the starting XI. Former incumbent and captain Marcel Schmelzer has been unable to perform at adequate levels for a couple of years now and Schulz, 26, is a much-needed replacement and at a good age, too. It's a very similar story with regard to Thorgan Hazard, the younger brother of Chelsea's Eden. After the sale of Christian Pulisic to Chelsea, Dortmund were short of an incisive wide player. As a proven Bundesliga performer, Hazard, a €25.5m buy from Borussia Monchengladbach, who hit double digits in goals (10) and assists (11), fits the bill perfectly.

The €25m release-clause acquisition of Julian Brandt (Bayer Leverkusen) was perhaps a little more opportunistic, by comparison. The 23-year-old truly came into his own in a more central attacking midfield position this season, an area where the Black and Yellows have had ample cover courtesy of Marco Reus and Mario Gotze. Then again, Gotze might not renew his contract, and Brandt is versatile enough to feature on the flanks as well. The biggest factor of all was his considerable upside, however. One season or two in a better team, combined with progress in the national team, will see his value double and possibly triple in due course.

A source close to the club intimated to ESPN that Dortmund are not quite finished yet. A surplus of players on the books -- Felix Passlack, Andre Schurrle, Shinji Kagawa, Jeremy Toljan, Sebastian Rode and Alexander Isak are all back after loan spells -- will see plenty of departures with limited sell-on receipts, but there's still scope for one or two more key recruits.

Borussia Dortmund snapped up Thorgan Hazard for €25 million as soon as the Bundesliga season ended.e

The defence, Dortmund's greatest weakness in 2018-19, could also do with some reinforcements, to be sure. Veteran right-back Lukasz Piszczek can no longer be trusted to command a regular starting place, and help will be needed. Barcelona youngster Mateu Morey, 19, has reportedly been earmarked for a move to Signal Iduna Park as the Pole's long-term successor, with on-loan Achraf Hakimi, likely to return to Real Madrid at the end of next season. On top of that, the Westphalians are faced with making two strategic decisions. Firstly, should they forgo their hugely profitable policy under sporting director Michael Zorc of buying "high potentials" in favour of going for an older defender to add some experience and attitude at the back? Lucien Favre's rather professorial management style might make it necessary to add more fire and ice by way of another charismatic leader on the pitch, too.

On top of that, centre-forward Paco Alcacer has not been an unqualified success following his move from Barcelona, despite his nineteen goals. A combination of persistent physical complaints and Favre's apparent lack of confidence in the 25-year-old have left the Black and Yellow bosses somewhat unsure of the Spaniard's ability to lead a successful title push. A fair assessment of Alcacer is further complicated by the manager's deep-rooted preference for a "false nine" up front. Buying a taller, more powerful striker could help Dortmund find a way past deeper defences but obviously won't do anything for the team's chances if the Swiss manager is unwilling to modify his preference intricate combination play.

Whether the club will go for a more orthodox striker will provide a useful indication of the 61-year-old's standing and long-term job security. Dortmund certainly don't want make a managerial change after extending his contract a few months ago but they would like to see a bit more never-say-die spirit emanating from the bench. Favre's biggest challenge for 2019-20, therefore, doesn't lie so much in integrating the skilful, well-chosen newcomers but in getting a much tighter grip on football's intangibles. Having been coached within a couple of points of the championship by way of method and reason, a team with even more quality now crave mental fortitude and tenaciousness to make it that little, decisive bit further.