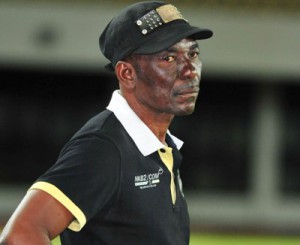 The Cape Coast side failed to glitter as they were shocked at home by the Premier League newcomers courtesy John Owusu’s first half wonder strike.

And according to JE Sarpong the lone goal defeat at home will be a wake-up call for his team as he bemoaned the injury situation in his team.

‘’It is a wake-up call for the team. When this happens, you will see that it’s not easy to play in the Premier Division.

Everybody will have to back up. So as we train and play we will learn from experiences,” he said.

Again, don’t forget this is a new team and we also have some players on the injury list.’’ Sarpong said after the game.

Dwarfs will travel to Obuasi to battle New Edubiase in their second game of the season.