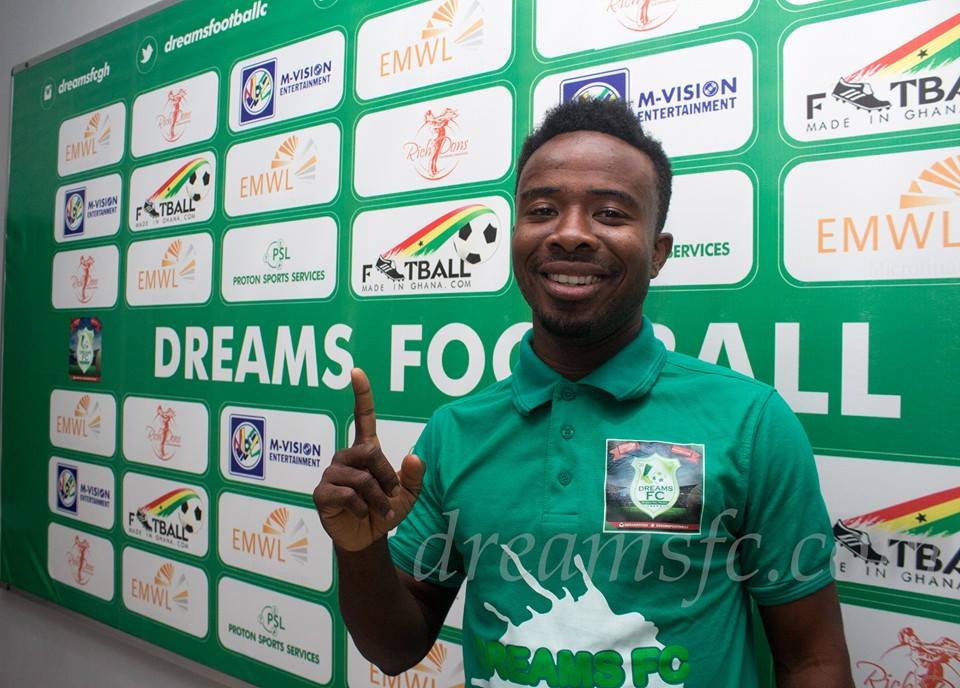 Midfielder Theophilus Anorbaah is eyeing a dream return to the TNA Park in Tarkwa.

Dreams FC will lock horns with Medeama SC in a week 18 clash at the TNA Park on July 10, and the dribbling wizard is already looking forward to the clash.

Anorbaah was a key player for the ‘Mauves and Yellows’ before moving abroad to seek a different challenge.

The former Black Stars B player joined Dreams FC during the second transfer window of the ongoing Ghana Premier League.

"I can’t wait to return to the Tarkwa again, there will be a special feeling attached to my return because am a Tarkwa-bred player and it’ll be a dream to play in front of my people again," he told www.dreamsfc.com.

“Tarkwa is not a bad place for away teams as people perceive and the fans are also not rowdy.

“We just have to be focused and play as we always do and I believe we’ll carry the day.

Anorbaah further stated that his selection lies on the technical handlers as he relishes a Dreams FC debut against Medeama.

"I will like to play but the power lies on the manager and his technical team.”

Dreams FC drew 2-2 with Medeama SC at the Theatre of Dreams, Dawu in the first round.