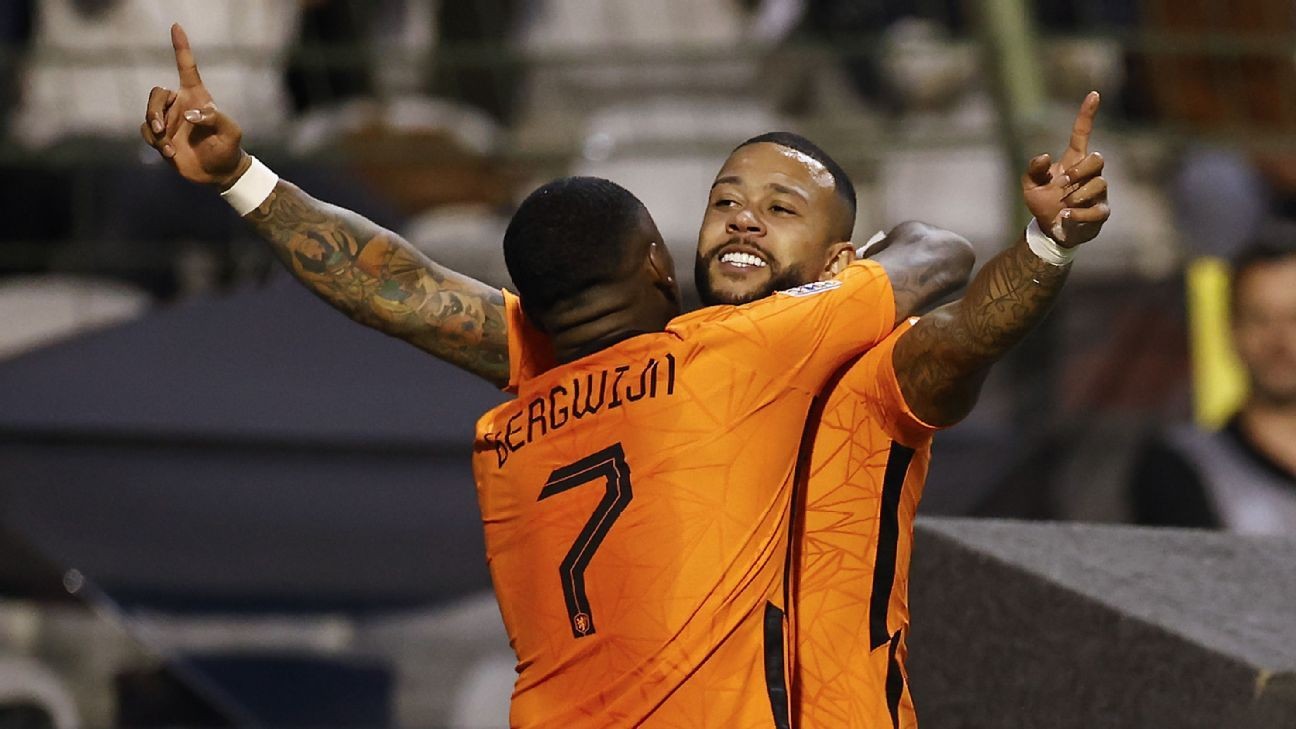 Memphis Depay celebrates scoring the first of his two goals for the Netherlands against Belgium. ANP via Getty Images

Memphis Depay scored a double as the Netherlands ended 25 years without success against neighbours Belgium with a 4-1 thumping of their hosts in the Nations League in Brussels on Friday.

Steven Bergwijn and Denzel Dumfries netted the other two goals as the Dutch ended Belgium's almost six-year unbeaten home record in a stark reversal for the team, who had topped the FIFA rankings for three years until being recently deposed.

Bergwijn hammered home from outside the box in the 40th minute to give the Dutch a deserved halftime lead before Depay and Dumfries added more in the second half in a decisive performance.

Belgium, who lost Romelu Lukaku to injury early on, scored a consolation three minutes into stoppage time through Michy Batshuayi but were badly exposed at the back and the result will come as a serious setback as the prepare for the World Cup later this year.