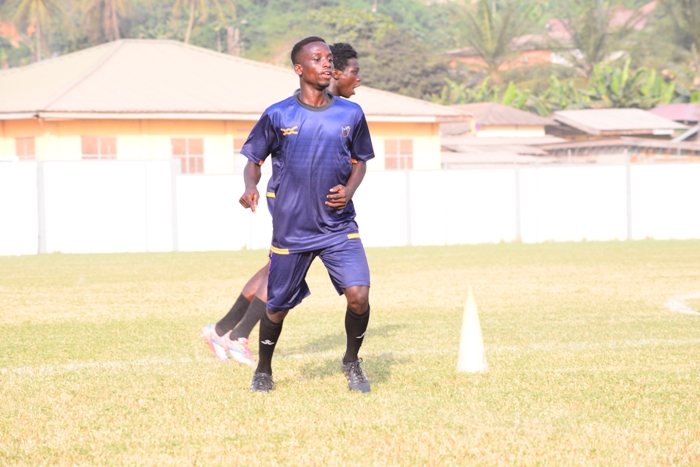 Ebenezer Ackhabi is one of Medeama’s young stars hoping to impress the gaffer this season.

The youngster got his campaign to a flier after scoring in his first Premier League goal for the side in the 3-1 win at Ebusua Dwarfs.

His flicks and turns caught the admiration of many at the Cape Coast stadium as he begins life in the Ghanaian top-flight in fabolous fashion.

More success is expected and the demands on coach Samuel Boadu and his players will rise again as the season wears on.

Since joining from Tarkwa-based third division side Achiesu United, the youngster has quickly transitioned from the youth team to the senior team.

Ackhabi is gradually developing into a fine forward and will play an active role for the team this season.

Quick, intelligent and a fine finisher with either foot, the youngster is devastating in transition and increasingly adept at helping Medeama break down deep defences.

A phenomenally gifted dribbler who beats opponents for fun, the speedster is a devastating and highly influential forward who adds bite to the attacking machinery of Samuel Boadu’s team.