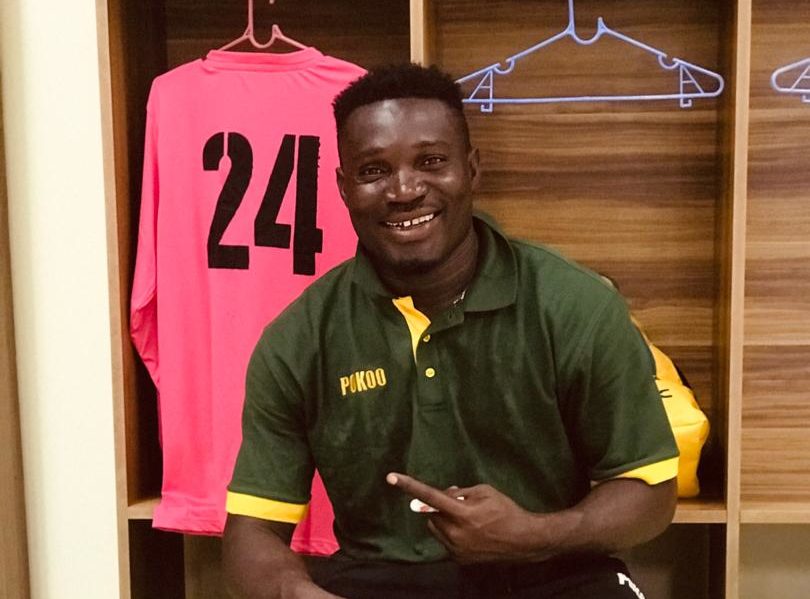 Ebusua Dwarfs goalkeeper Razak Issah says the target set by the team is to finish in the top four this season.

The Cape Coast-based side started their league campaign with a 2-2 draw against Elmina Sharks at the Cape Coast Sports Stadium on Sunday.

Dwarfs were trailing by 2-1 against Elmina Sharks in the game before Razak Issah came up with that beautiful drive with some few minutes to end proceedings.

His goal has gotten public attention because of his role as a goalkeeper to have scored from a set-piece.

Speaking in an interview on the target set by the club for the season, he indicated, "Our target is to finish in the top four this season.  Our management told us not to concentrate on the liquidation but focus on our upcoming game".

The goalkeeper also shared some words on scoring from the set-piece, “I was not afraid when I went behind the ball. I told my mates that if there was any free-kick, I was going to score".

“This is not the first time I have done this. I scored against Liberty Professionals in the Normalisation Committee Special Competition. So I had the courage to do it”,

“It’s something I have been practising so I am good at it”, he added.