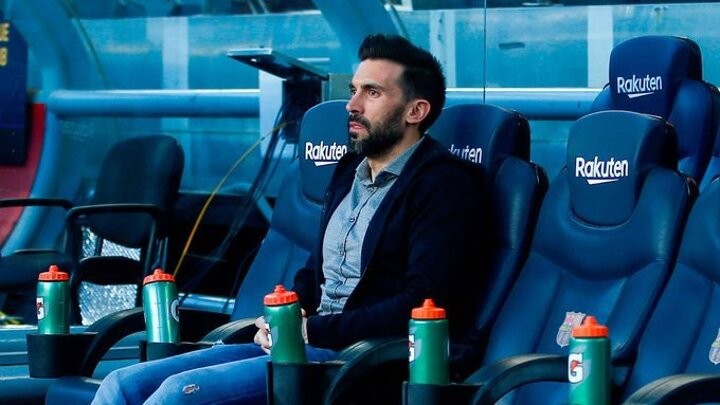 Gerard Pique's appointment of Eder Sarabia, former assistant to Quique Setien at Barcelona, as FC Andorra head coach naturally raised some questions, but the 40-year-old has said Lionel Messi did not get him sacked.

Rumours have swirled that Setien and his team were not popular with the players at Barcelona, but Pique's decision to work with Sarabia appears to show that if they were disliked, it was not universally so.

Sarabia has had to field questions about Messi since his presentations as Andorra boss, but he insists the Argentine was not responsible for his Blaugrana exit.

"We arrived at Barcelona at a difficult time. Messi showed he wasn't happy, not just with us but with the club," Sarabia told El Partidazo de COPE and Radio MARCA.

"I don't know if Leo sacked Setien, but he didn't sack me."

Despite everything, Sarabia has few regrets about his time at the Camp Nou and feels the experience has served him well.

"If I went back to Barcelona I would do things 99 percent the same way as we did," Sarabia stated.

"I don't think what happened in Vigo or the Camp Nou has done me any harm, it has helped me learn. What happens inside the dressing room is one thing, but what it can look like from the outside is another."

Looking to the future, he claims Pique's vision for Andorra is ambitious but realistic.

"[Pique] wanted me to coach Andorra, he is clear about what he wants," Sarabia noted.

"Pique wants the team in LaLiga Santander. He has that ambition, but he knows we need to work hard and be humble."