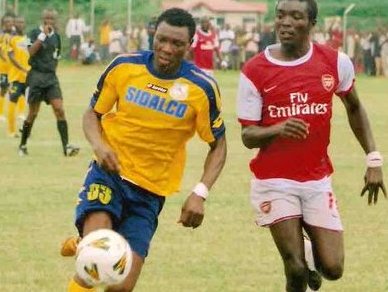 New Edubiase United FC are set to wield the disciplinary axe on striker Stephen Manu who travelled to Brunei for trials without their consent.

Manu went AWOL from camp in the club's build-up to their league opener last week against Bechem United.

The 25-year-old returned home after the unnamed club could not reach an agreement over his transfer fee.

"He's still our registered player and received his salaries even in his absence and therefore we would have to sit down as management and offer a stiffer punishment.

"This is an act of unprofessionalism and we want to use this as a deterrent,"

Before his departure, the former Asante Kotoko player was on the verge of joining Hearts of Oak but the deal.