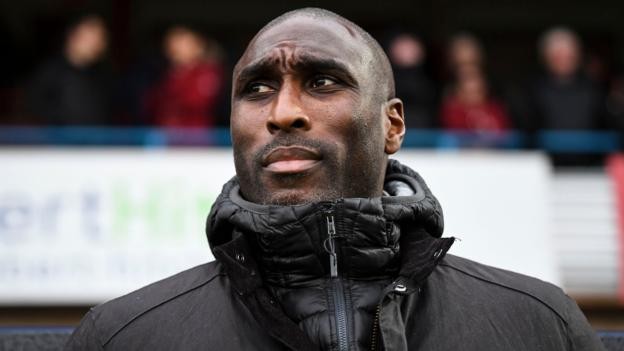 The English Football League has made it policy that clubs must interview at least one black, Asian and minority ethnic (BAME) candidate when searching for a new first-team manager.

The regulation, extending to all first-team vacancies, was introduced at the EFL's annual general meeting on Friday and follows an 18-month pilot.

There are currently just three BAME first-team managers in the EFL.

It hopes the rule will "help address the under-representation" in the game.

"That commitment has now been formalised with the introduction of a new regulation ensuring that the principle of providing more opportunities to BAME candidates is mandatory when clubs consider multiple applicants for a role," said an EFL statement.

The regulation is informally known as the 'Rooney rule', named after the NFL diversity committee chairman Dan Rooney, who spearheaded a policy that clubs in American football should interview at least one BAME candidate for each head coach or senior football operation vacancy.

The EFL said the rule is a "further commitment to improving equality in first-team football".

The sacking of Chris Hughton by Premier League club Brighton & Hove Albion means there are just four BAME managers working in the top four divisions of the English game.

Former England captain Sol Campbell - who has been vocal on the issue in past years - was one of just three working in the EFL.

In his first managerial job, he guided Macclesfield to League Two safety after taking over when the club was five points adrift at the bottom.

Wolves' Nuno Espirito Santo, Northampton's Keith Curle and Stevenage's Dino Maamria are the other three BAME bosses in the Premier League and EFL.

At the EFL AGM, at which Debbie Jevans was appointed executive chair of the league, a regulation outlawing 'spying' was also introduced.

It has been written up following an investigation into Leeds United for watching opponents train before matches, which resulted in a £200,000 fine in February.

The new regulation states: "Without prejudice to the requirements of regulation 3.4 (that each club shall behave towards each other club with the utmost good faith), no club shall directly or indirectly observe (or attempt to observe) another club's training session in the period of 72 hours prior to any match scheduled to be played between those respective clubs."