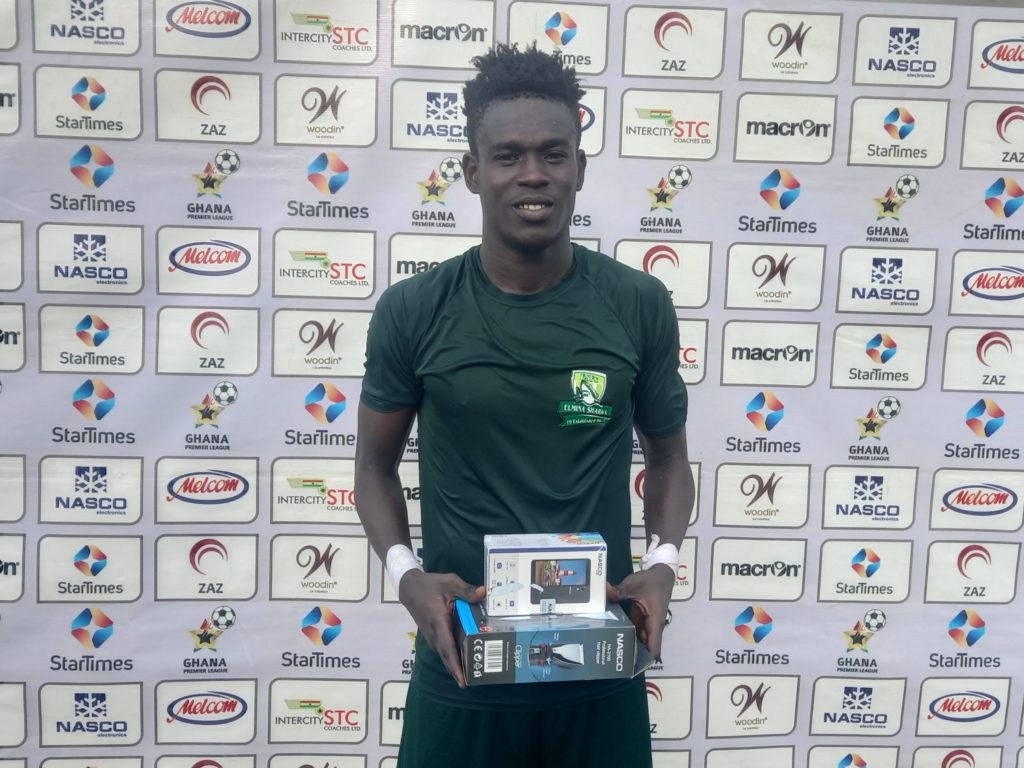 Elmina Sharks FC striker Benjamin Bernard Boateng has jetted off from Ghana for Egypt ahead of a proposed move to Al Ittihad Alexandria SC, GHANAsoccernet.com can report.

Boateng left the shores of Ghana to the Maghrebian nation on Wednesday night to seal a move to the Egypt Premier League.

The 20-year-old is expected to arrive in Alexandria on Thursday to undergo his medical examination before he put pen to paper to sign his contract.

GHANAsoccernet.com understands Sharks will earn around US$100,000 when the highly-rated forward completes the move.

Boateng played a crucial role to help the Elmina based club to secure a top-flight spot for next season after beating giants Asante Kotoko SC on the final day.

He has been lethal in front of goal for Sharks in the past three seasons in the Ghanaian top division having scored 15 goals in 43 appearances.