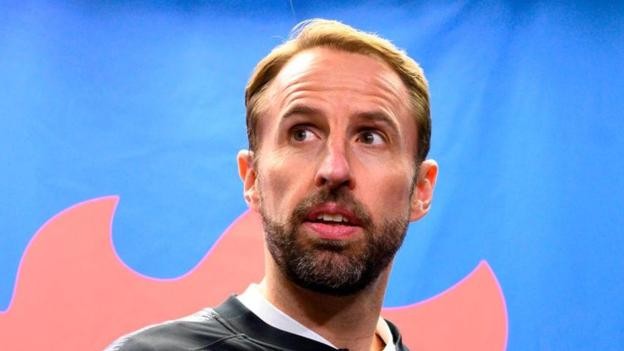 Chelsea striker Tammy Abraham said on Wednesday England's players would be prepared to walk off if they suffered similar abuse to that directed at them during March's qualifier in Montenegro.

Southgate, speaking in Prague before Friday's meeting with the Czech Republic, has held a meeting with his players explaining the official three-step Uefa protocol to handling such incidents - but England's concerns prompted an angry reaction from BFU president Borislav Mihaylov.

In a letter to Uefa, he called England's remarks "the unjust branding of local spectators as people inclined to discriminatory behaviour".

Monday's game against Bulgaria will be played in a partially closed stadium, with 5,000 of the 46,000 seats to be left empty following racist behaviour by Bulgaria fans against Kosovo and the Czech Republic in June, something Mihaylov does not address in his letter.

However, Southgate said: "I can totally understand why the Bulgarian president feels as he does because we have purely been responding honestly to questions we have been asked.

"So, if I was him, and I was only reading those quotes and not knowing the context of why the things were said and the responses, then I would feel probably as he does.

"We are not trying to create a situation at all, far from it. We're all hoping that over the next 72 hours we're just talking about two football matches.

"I think both countries would have a strong desire for that and I have to say again, we don't look at other countries in a way that we don't shine a mirror on our own."

Southgate said: "What happened in Hartlepool a couple of weeks ago was probably worse than things I've seen or heard about in many other countries in the world. So, I think we have to be very careful in how we cover everything."

There were allegations of racist abuse in a game between Hartlepool United and Dover Athletic in September.

Uefa protocol decrees that in the event of racist chanting the referee will ask for an announcement to be broadcast in the stadium, and if it does not stop he or she will take the players off, initially temporarily but permanently if necessary.

Southgate added: "The most important thing for me was that all of the players and all of the staff know that they're supported, that we're together on every issue moving forward and then of course, inevitably, because we've suffered a situation in Montenegro, we wanted to be clear what might happen if something happened in the future.

"We're very clear on that. There is of course the Uefa process and we need to have faith in that process.

"Recently, a game was stopped in Italy because of that and then everything else is hypothetical because we don't know the situation that we'll be in as a team, or that I'll be in as a manager. But, we're very clear in terms of all of the staff, what would need to happen. We want the players to be able to concentrate on football. They want to be judged on their football and what I've got to do is provide a safe and secure environment to play."

England striker Raheem Sterling admitted the squad were not prepared for the abuse they received in Podgorica but now there must be faith in Uefa's system.

He said: "With the situation that happened in Montenegro, I don't think that as a team we were quite prepared and knowing that there was a protocol in place.

"We had a meeting as a group and Gareth sat us down and explained Uefa's protocol and now, as players, we've got to give Uefa a chance to take that responsibility on board and deal with the situation. But, yes, I have got full faith in Uefa."

England have maximum points from their four qualifiers and victory in Prague on Friday will confirm qualification for Euro 2020.