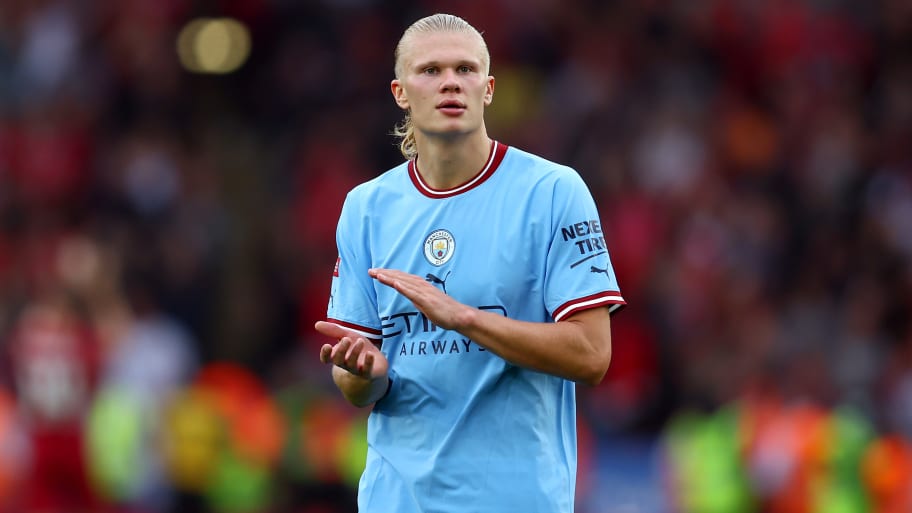 Manchester City striker Erling Haaland says he isn't fearing the pressure that comes with leading the line for the Premier League champions.

The Norwegian joined the Cityzens in a deal worth north of £50m this summer, although he endured a frustrating afternoon in his side's Community Shield defeat to Liverpool last time out.

However, the 22-year-old has vowed that he will enjoy shouldering the goalscoring responsibility in Pep Guardiola's side.

"Of course there's pressure playing for the champions who won the Premier League, but in my head it's about trying to go out on the pitch smiling as much as I can, to try to enjoy the game," Haaland told Football Focus.

"Life goes fast, suddenly my career's over. You saw with my father, suddenly it's over. It's about trying to enjoy every single minute of it, I'm really lucky to have this job and be here. I have to enjoy it."

The Norway international also admitted that he wouldn't be single-minded in his pursuit of goals to the detriment of his teammates.

"As a striker you have to be a bit selfish but nothing makes me more happy than playing another player on an open goal and he scores," he added.

"Nothing makes me happier. Also when he plays to me an open goal, fantastic. This is important about being selfish but in the right way and the right situations yes, but not too much."

Guardiola's men travel to London Stadium to face West Ham this weekend as they aim to kick off the defence of their Premier League title in style.

This article was originally published on 90min as Erling Haaland aiming to enjoy Man City 'pressure'.