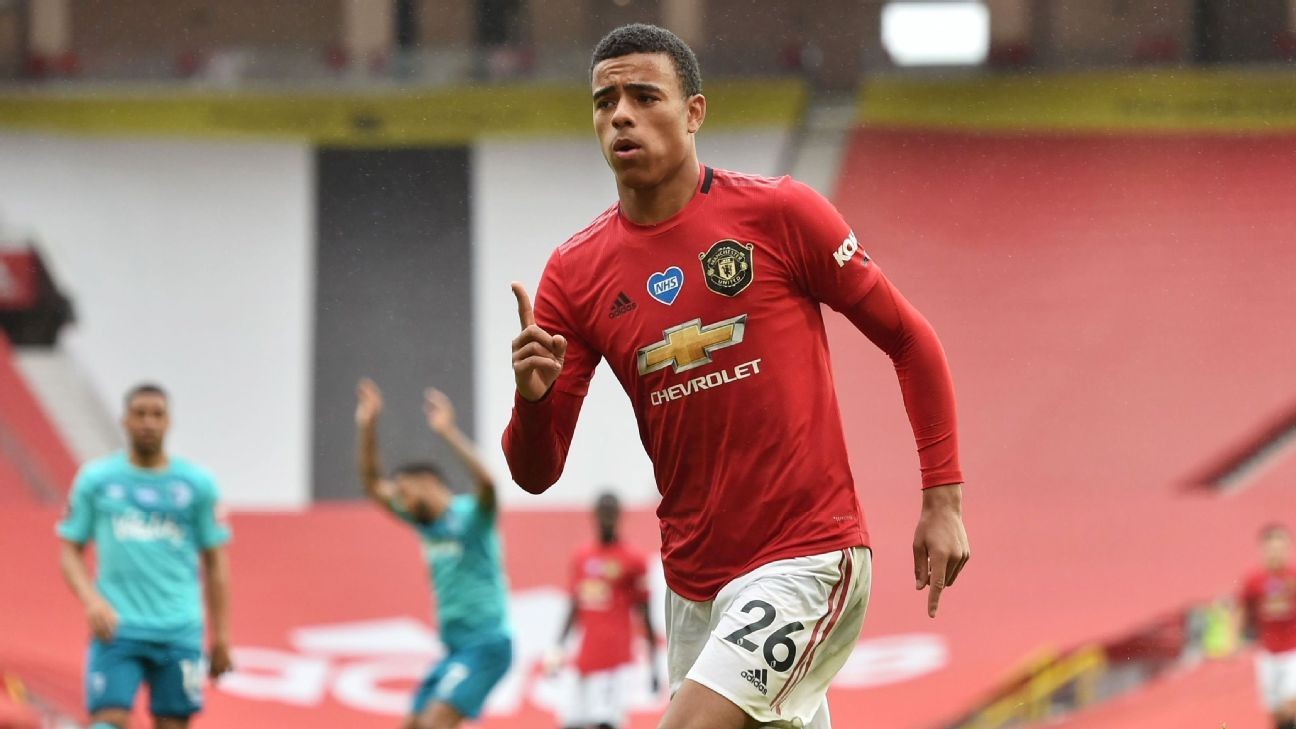 Ole Gunnar Solskjaer really wanted to sign Erling Haaland from FC Salzburg in January, make no mistake about that, but there were two significant reasons why Manchester United abandoned their pursuit of the Norwegian striker. One of them was Mason Greenwood.

The other, reported by ESPN at the time, was that United would not agree to Haaland's advisors taking a share of any profits from a future sale of the teenager. From United's perspective, the prize of capturing one of the world's most exciting young talents was not worth the risk of his representatives having any additional influence over his future -- especially as a €50 million buy-out clause was also being demanded in the contract.

Borussia Dortmund eventually won the race for Haaland, but the emergence of the 18-year-old Greenwood as one of Europe's hottest young strikers means United may not be so dismayed.

"We didn't find the right one outside our club," Solskjaer said, when asked about missing out on Haaland. "But we now have Mason."

That was back in December, when the teenager had already scored three Premier League goals within a tally of nine in all competitions this season.

Solskjaer's suggestion that Greenwood's potential would soften the blow of missing out on Haaland, who has since scored 16 goals in 18 games for Dortmund, seemed little more than an attempt to place some positive spin on United missing out on another transfer target.

No matter where Haaland's ability takes him in the years ahead, nobody can now question Solskjaer's assertion that Greenwood can make a similar impact at Old Trafford.

His spectacular double strike against Bournemouth at the weekend took him to 15 goals in all competitions and he needs two more to become the first teenager this century to hit 10 Premier League goals in a season, and the first since Michael Owen in 1997-98.

Sources have told ESPN that Solskjaer was so convinced by Greenwood, who was 17 when he arrived as manager, that he felt he could offload Romelu Lukaku and Alexis Sanchez and hand the young striker the chance to stake his claim for a place in the first team.

United's coaching staff have been waiting for Greenwood to realise his potential, with Sir Alex Ferguson telling a League Managers' Association dinner in 2016 "I think we have found one" in Greenwood. Sources have told ESPN that Ferguson also believed Greenwood was the most exciting prospect he had seen since Ryan Giggs. But had Haaland arrived from Salzburg in January, Greenwood's progression would have been halted.

Solskjaer wanted both Haaland and Greenwood, but he also knew that he would be delaying Greenwood's development by giving him fewer opportunities behind Haaland, Marcus Rashford and Anthony Martial in the pecking order. He still wants to add another striker, but one who will add a different attacking dimension.

The United manager, who does have the 31-year-old Odion Ighalo on loan from Shanghai Shenhua until January, still wants an older, more experienced forward to provide support to his young strikers in a similar fashion to when Jose Mourinho signed Zlatan Ibrahimovic from Paris Saint-Germain in 2016.

Mourinho believed that Rashford and Martial lacked the experience to shoulder the goal-scoring burden at a club like United, so Ibrahimovic was recruited. Rashford and Martial are now four years older and wiser, at 22 and 24 respectively, but they are still relatively young and, with Greenwood just 18, Solskjaer wants a forward in his late-20s to add some seniority to his forward line.

Steve Nicol says Mason Greenwood's play will make it tough for Ole Gunnar Solskjaer to drop him from the side.

And this approach also plays into Greenwood's development. Rather than be vying with a fellow youngster like Haaland, an older head would provide guidance and also offer Solskjaer with a different option.

United have handled the development of many young stars over the years and they know that such players will suffer inconsistent form. Under Ferguson, the plan was to have older players around the young stars to share the load, and Solskjaer believes that is the next step with Greenwood.

With Solskjaer targeting the 20-year-old Dortmund winger Jadon Sancho to add pace down the flanks, finding the right experienced striker will be even more important, but United do not see Sancho and Greenwood vying for the same position.

Sancho and Haaland have already struck up an incredible understanding at Dortmund and there is a belief at United that the England international can develop a similar relationship with Rashford, Martial and Greenwood.

United may have missed out on Haaland, but the blistering form of Greenwood may show it was quite the lucky break.