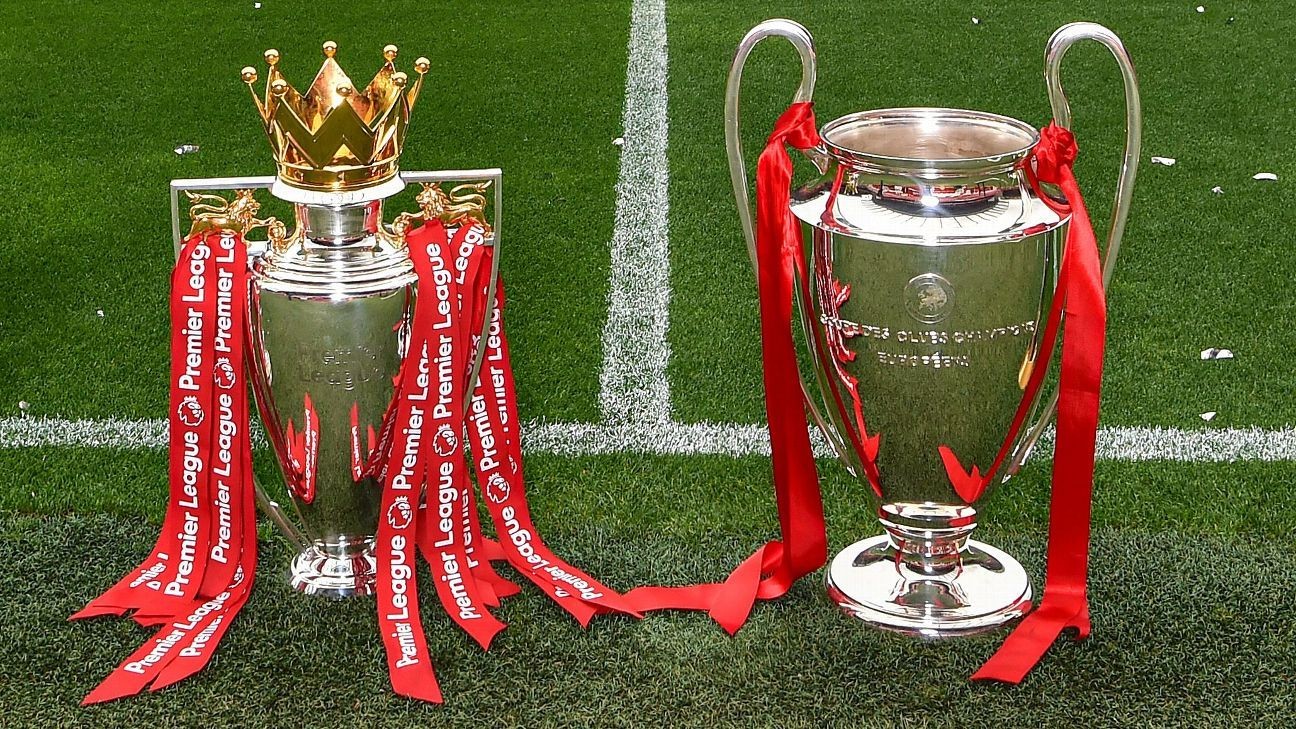 Premier League clubs often face a dilemma over whether to prioritise European competition or domestic pursuits, but it's never quite like the choice facing them now. Recent confirmation that the next English top-flight season will start on Sept. 12 has prompted a scramble to start planning for a campaign that is already less than six weeks away.

The Premier League's Project Restart was an unmitigated success and a testament to the hard work done by the league, clubs, staff and everyone associated in adapting to the coronavirus pandemic, but the inevitable cumulative fatigue among players was palpable by the end.

Yet for many of the clubs playing catch-up to Liverpool, the punishing schedule is not over yet. Following Saturday's FA Cup final win for Arsenal over Chelsea (stream the replay on ESPN+ in the U.S.), the Blues join Manchester City, Manchester United and Wolves in European competition that could stretch until late-August.

Although the Premier League clubs have voted to give everyone a minimum 30-day break, some teams will have longer to rest and then gear up for the new campaign. Additional exertions resulting from prolonged engagement in Europe creates an imbalance among teams in preparation for a season in which City have to try and close a 33-point gap, with United and Chelsea closer to the relegation places than they were to the champions, despite finishing third and fourth, respectively.

Liverpool are already on the beach. Sources have told ESPN that Jurgen Klopp's first-team squad have been given approximately three weeks off ahead of a return to training in mid-August, giving them around four weeks to build up their sharpness for the opening day. The chasing pack already are some way behind, and going all out in Europe next month will complicate the path to bridging the gap.

How the Premier League could have eight teams in Europe next seasonPremier League grades: How did Liverpool, Man United, Arsenal & Co. perform?Mbappe injury puts PSG's Champions League hopes in jeopardy

UEFA did give teams a chance to mitigate their risk. Clubs were given until Monday to register three new players on their "List A," the roster comprising a maximum of 25 players selected to play in European competition. They cannot include new signings, meaning Timo Werner or Hakim Ziyech cannot be part of Chelsea's Champions League squad, but Frank Lampard could select three fringe players or academy graduates for what looks to be Mission Impossible against Bayern Munich.

The Blues are 3-0 down from the first leg of their round-of-16 clash with the Bundesliga champions. That game is due to take place on Aug. 8, meaning Lampard will have had to keep his full squad in training for another week after the FA Cup final for what could be viewed as a meaningless game.

"List A" is then supplemented by "List B," comprising players born on or after Jan. 1, 1998, who have been eligible to play for the club for an uninterrupted period of two years since their 15th birthday. At the start of the season, this list included Mason Mount, Callum Hudson-Odoi, Reece James, Jamie Cumming, Marc Guehi, George McEachran and Billy Gilmour. However, Guehl and McEachran were taken off the list submitted for the knockout phase as they joined Swansea City and Cambuur, respectively. A UEFA spokesperson confirmed to ESPN that "List B" cannot be amended, meaning the only changes that can be made are the three alterations to "List A."

Lampard would never want to give up on the Champions League without trying. It is the competition dearest to owner Roman Abramovich's heart, a Holy Grail pursuit of which Lampard was a key part as a player, eventually tasting success when the Blues lifted the trophy in 2012. But there is a point where passion meets pragmatism.

Chelsea have been aggressive in the transfer market, aiming to add Bayer Leverkusen's Kai Havertz to the acquisitions of Werner and Ziyech, with a view to competing with Liverpool for the Premier League title next season. Picking an experimental lineup for the game in Munich, while affording his senior stars the longest possible rest, would give Chelsea the best chance of doing that. They have already secured a spot in the Champions League next season and for all the poignancy of returning to the Allianz Arena to face the same opponents in the same venue as 2012, it's debatable whether pursuing such a Hail Mary is worth it in the circumstances.

Were they to pull off a miracle and somehow qualify -- no team has ever recovered in a Champions League tie after losing the first leg at home by three goals -- Chelsea would join Manchester United, Wolves and Manchester City in a lengthy engagement running well into August.

United could pick almost any conceivable team against LASK at Old Trafford next Wednesday and qualify for the Europa League quarterfinals, given they lead the Austrian minnows 5-0 from the first leg. But what should Ole Gunnar Solksjaer do next?

United's remarkable late surge to finish third in the Premier League revolved around picking the same lineup for five games in a row during the run-in. Bruno Fernandes excelled, but he looked exhausted by the end of the campaign and wasn't alone in that regard. Anthony Martial, Marcus Rashford and Mason Greenwood all need a break, not to mention Harry Maguire, who started every Premier League game of the season.

United won the Europa League three years ago under Jose Mourinho and while it was the first time they had won that particular trophy, the competition was still primarily a means to an end. Champions League qualification through the Premier League had passed by that point and so Mourinho focused on their insurance policy, beating Ajax convincingly in the final.

There is no such urgency now. Solskjaer will be keen to validate his tenure with a trophy but pushing a fatigued squad to play on into August would inevitably have consequences for the start of the 2020-21 season.

The motivations and priorities are more obvious for Wolves and Manchester City.

Wolves are engaged in their first European campaign for 39 years. The competition started for Nuno Espirito Santo's side in the second qualifying round on July 25 last year. They have played 15 matches to get this far and stand just four matches from a major European trophy and qualifying for the Champions League, a feat that would rank as a truly stunning achievement.

Wolves have taken it seriously every step of the way and, given how chances like this do not come around that often, they're not about to change that view now, whatever damage a 13-month campaign could inflict in future.

The importance of the Champions League to Man City is equally clear. It is the competition Pep Guardiola was hired to win, and the one that consumes his thoughts on an annual basis. It is also the only way to try and usurp Liverpool after their domestic dominance.

A short format shootout in Lisbon is not anyone's preferred method for completing the outstanding matches, but this is still the Champions League and City have never won it. The problem is, the final takes place on Aug. 23.

The 2020 Community Shield is scheduled for Aug. 29. Although this is not a game City will be involved in, it is one heralded as the "curtain-raiser" to the new campaign in England. If things go to plan, City will have only just finished their encore. And then there is the Nations League international break at the start of September, denying Guardiola a chance to work with his players on the eve of the new season.

A staggered start to the 2020-21 Premier League is highly likely, but it's hard not to think that the harder these teams push in Europe now, the more they may pay for it later.