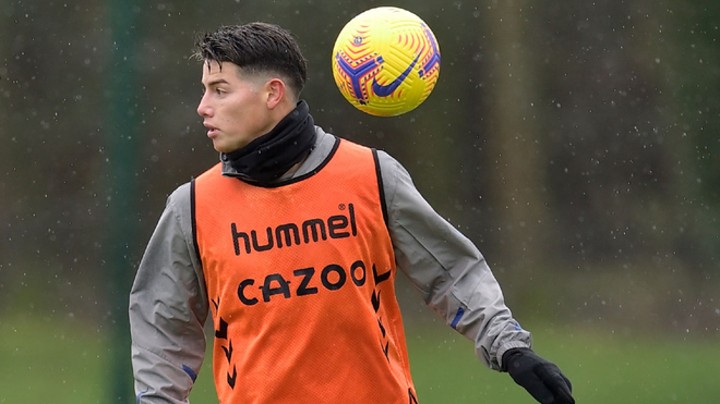 Many feared that with his Real Madrid career coming to an end, the days of James Rodriguez being an infinitely valuable asset had come to an end, yet both Everton and the Premier League have helped the Colombian rebuild his market value.

There is no bigger stage to play football than Real Madrid, yet with James having fallen out of favour with Zinedine Zidane, not playing football in the Spanish capital was detrimental in equal measure.

However, his dominating performances with the Toffees at the beginning of the season have shown people that the creative force which shaped the 2014 World Cup is still there.

According to Transfermarkt, their latest reports have the former Porto midfielder valued at 35 million euros, which is an increase of three million euros from the summer.

There are only two more valuable players than James at Everton, with Richarlison valued at 60 million euros and Dominic Calvert-Lewin at 45 million euros.

Ironically, given their respective positions on the pitch, they all complement each other nicely and James' creativity is one of the contributing factors in their own high valuations.

On the other hand, Yerry Mina didn't follow in the footsteps of his fellow countryman, as his value neither fell nor rose as he remained at 20 million euros.

Carlo Ancelotti has done a fine job with the Blues thus far, although his squad rather surprisingly ranks sixth in total value within the Premier League at 507.3 million euros, although crucially this is their current worth and not a reflection of what Everton paid for the players.