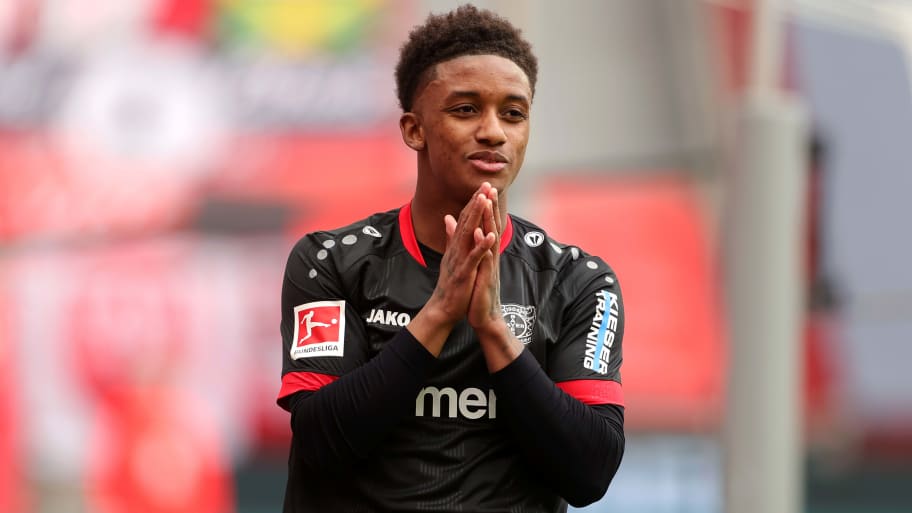 Everton have confirmed the arrival of 25-year-old winger Demarai Gray from Bayer Leverkusen on a permanent basis.

Rafa Benitez has been busy already in the transfer window, sealing free transfers for both goalkeeper Asmir Begovic and winger Andros Townsend around the same time as the initial agreement for Gray was revealed as well.

This one has taken a little bit longer to get over the line, but Everton took to their official website to confirm that Gray has finally put pen to paper on a three-year contract at Goodison Park, with the option of a fourth season.

There is no mention of the fee involved, but earlier reports claimed Everton have agreed to part with around £1.6m to bring Gray in.

“I’m delighted to be back in the Premier League at such a big club and I’m excited to play with the team and get to work,” said Gray, who has been handed the number 11 shirt. “Speaking to the manager and [Director of Football] Marcel Brands, I had a really good feel for the club and I feel this is a place where I can continue to develop.

“The manager, with his ambition and what he has won in the past, is important and we’ll look to push forward and compete with the top clubs. I think a club of this magnitude has all the potential to be right up there.

“Collectively with what Marcel and the manager have said to me, everything fits, including the club’s ambitions and goals. Everton are a very big club and the main objective is to be pushing and competing back up there in the table. I want to work hard on the training pitch and work my hardest for the club on the pitch.”

Gray was a fringe part of the Leicester City side that won the Premier League title back in 2016 but struggled to establish himself at the King Power Stadium before departing for Leverkusen in January 2021.

12 appearances later, Gray is back in England and determined to make the most of his second chance in the Premier League.

“I want to push on, be a pivotal player in the squad, help the team score goals and assist goals,” he added. “I feel like I’m at a period in my career now where I can put everything together and achieve the targets I have set for myself.

“Personally, I just want to help this team succeed, win games and be up there in the table, and to enjoy my football.

“I’m a speedy, tricky winger who enjoys running with the ball. I like to play anywhere along the front three and I feel like I can be dangerous in all areas. And with the ability I know I have and the belief in myself, I can help this team.”

This article was originally published on 90min as Everton confirm signing of Demarai Gray from Bayer Leverkusen.