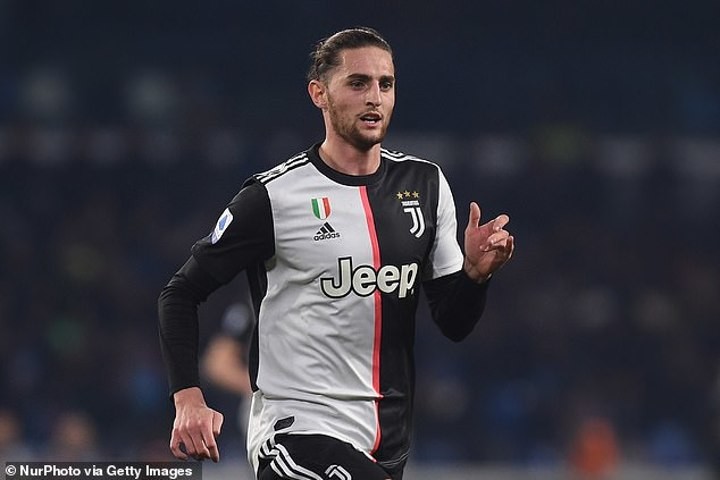 Everton are leading the race to sign Juventus midfielder Adrien Rabiot, according to reports.

The 25-year-old has endured an underwhelming first campaign in Turin, having joined the club from Paris Saint-Germain just summer, and may already be set to leave this summer.

Tuttosport believe it may be in the best interests of both Juventus and Rabiot to part ways and Everton are said to hold the advantage.

Rabiot is believed to have irked members of the Serie A giants' hierarchy after reporting back to training later than most of his team-mates. Clubs were given permission to gear up for the league's restart last month.

Despite this not being considered a punishable offence, the Italian publication suggests that the irritation is 'emblematic' of Rabiot's ill-fated spell with Juventus.

They also state that the struggling star's late appearance may be linked to his lack of game time in the first part of the campaign.

And amid the uncertainty, Everton appear an increasingly likely new home for Rabiot. The Goodison Park outfit are led by Carlo Ancelotti, who handed the player his PSG debut in 2012 as a 17-year-old.

Rabiot penned a five-year deal worth a reported €7.5m (£6.6m) a season after tax, and his large salary may prove a stumbling block for any deal over the coming months.

L'Equipe have previously claimed that Juventus remain determined to shift Rabiot - and even highlighted the rumoured unhappiness from his mother and agent, Veronique, after Rabiot was forced to take a pay cut.

The former PSG prodigy has publicly mocked those claims on social media - but there can be no doubting his lucrative move to Juventus has not yet worked out for either party.

Rabiot made 24 appearances this season before its suspension but has failed to register either a goal or an assist.

Arsenal, Everton and Manchester United have all been linked with attempted swoops in recent days, however, and could be tempted into a transfer tussle when the window reopens.