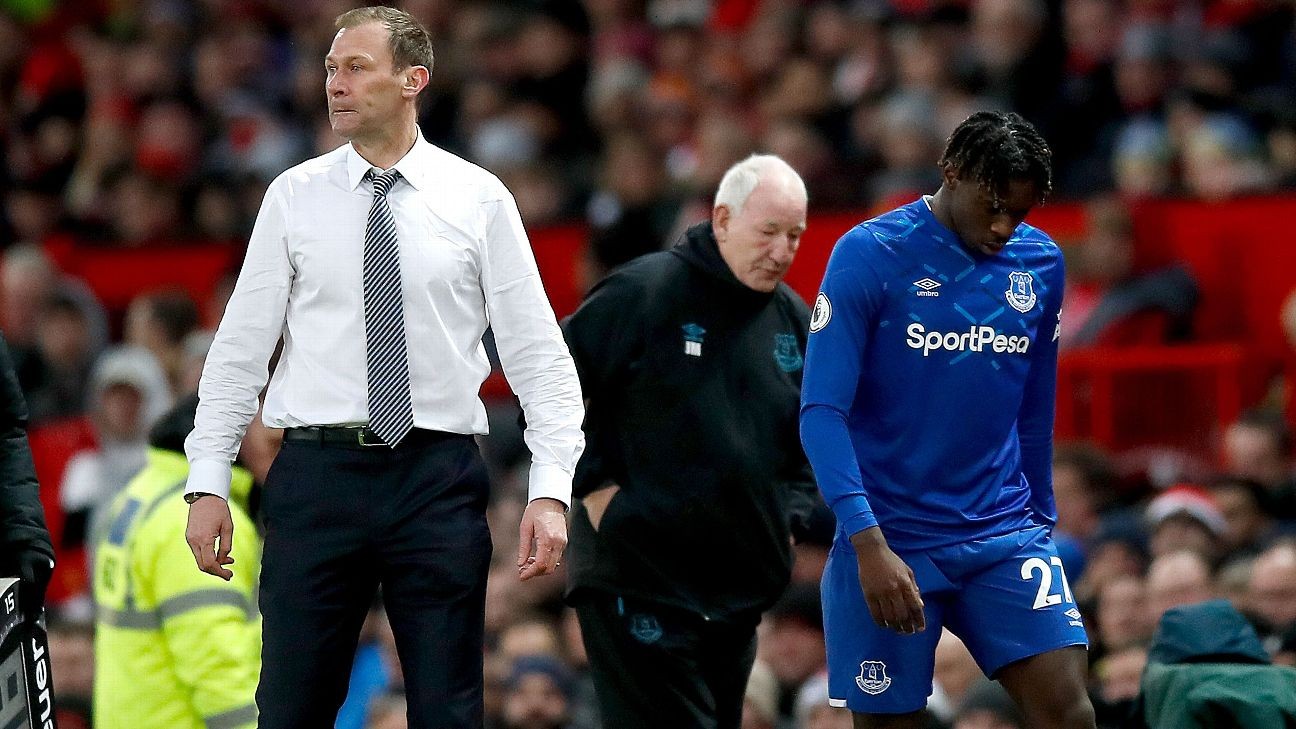 Steve Nicol discusses whether Duncan Ferguson has made his case for the permanent Everton job after beating Chelsea.

A US-based photographer was at the heart of the action for Duncan Ferguson's managerial debut.

Duncan Ferguson admitted he replaced Everton substitute Moise Kean just 18 minutes after throwing him into the action at Manchester United because the 19-year-old "struggled" to adjust to the pace of the game.

Kean, a £27.5 million summer signing from Juventus, had been introduced as a 70th minute replacement for Brazilian winger Bernard during the 1-1 draw at Old Trafford.

But after an unimpressive contribution, Kean was replaced by Oumar Niasse 18 minutes later before walking straight down the touchline and into the dressing room.

"I was looking for a guy who could handle it better," Ferguson said. "He struggled to get into the game. He had not quite got into the pace of it.

"He started on the right wing and he is a centre-forward, but he's only 19, so he'll come again.

"But we had a lot of strikers on the bench, we didn't have midfielders to change it too much.

"It's unfortunate on the kid to bring him back off. It was really just to get another pair of fresh legs. It's one of those things for him. I'm sure he'll pick himself up and we'll go again."

Kean has yet to score for Everton since his big-money arrival from Juventus and the incident at United was the latest setback for him at the club.

But after his negative reaction to being substituted, Ferguson admitted he would speak to the Italy Under-21 striker this week.

"It's understandable if you're a a sub and get subbed off," Ferguson said. "I've had it myself when I was a player.

"I see why he's upset, but it's about the team. I think it'll speak to him, I will see him tomorrow."