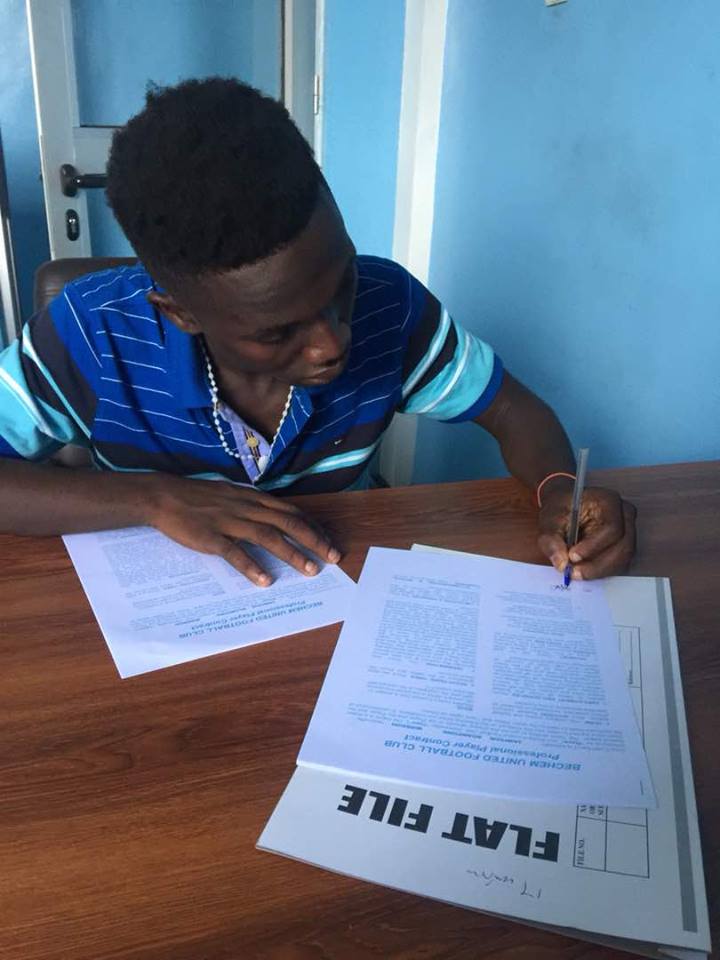 Boampong, 18, has signed a one-year loan deal with the Hunters after his proposed move to SC Braga fell through at the eleventh hour.

He terminated his contract with Aduana last year after a disagreement with the club's top hierarchy and was expected to seal a move to the Portuguse outfit but the move failed to materialise as he was denied visa to travel to Europe.

This is because FIFA rules don’t permit players under the age of 18 to travel.

He is expected to rediscover his best form at Bechem.