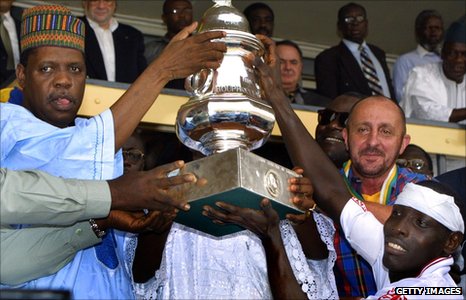 Former Hearts of Oak defender Jacob Nettey insists the current generation of players at the club are good enough to exceed the success chalked during his time.

The 41-year-oldÂ presidedÂ over the most successful period of the club as captain where he led a highly talented crop win six straight league titles and delivered Hearts' first and only African Champions League title in 2000.

The club in recent years have however seen a massive dip in their fortunes and are bent on turning the tide this season where they have been quiet good in the season's start and are currently placed second in the league just a point behind leaders Asante Kotoko.

And even though there are fears the current crop of Hearts players are not good enough to deliver any silverware this season, the ex captain is adamant they could surpass the heights reached during his time but only if discipline is maintained.

"From what I have seen so far this season, the players are good and they could even do more than we did during our days," Nettey told GHANAsoccernet.com.

"But for them to get there, discipline is very much needed, the players should be more dedicated and determined to achieve bigger things for the club."

Hearts resume their league duties with a massive home game with rivals Asante Kotoko after a week-long celebration to mark the club's centenary anniversary.