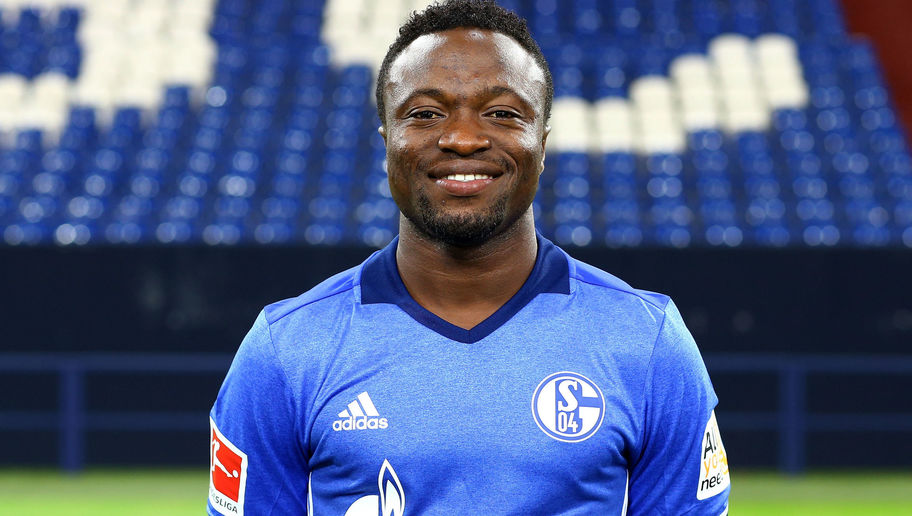 Bernard Tekpetey of FC Schalke 04 poses during the team presentation at Veltins Arena on July 12, 2017 in Gelsenkirchen, Germany

The 19-year-old, who is contracted to German club Schalke 04, is being considered for the loan move for him to gain playing time and return to the Bundesliga side.

The attacker Tekpetey came from Ghana to the 'Königsblauen' only last year.

In his first season the attacker was however mainly used in the reserve team in the regional league team of Schalke.

He played only three matches with the pros in his first season with the club.

Now the talent will go to the Austrian league is to gain experience and playing time.

At the end of last season the German second division side VfL Bochum showed interest in the attacker.

However insiders have told Ghana's leading football news outfit Ghanasoccernet.com , that Schalke and Tekpetey have reached agreement on a loan deal with the SC Rheindorf Altach.

If the Ghanaian can prove his worth in Austria, Schalke would certainly think about a contract extension.

At the moment, the 19-year-old has only one year left on his contract which expires in June 2018.

However, if the loan move does not achieve the desired result for Tekpetey, the signs are probably that he will leave at the end of the contract.