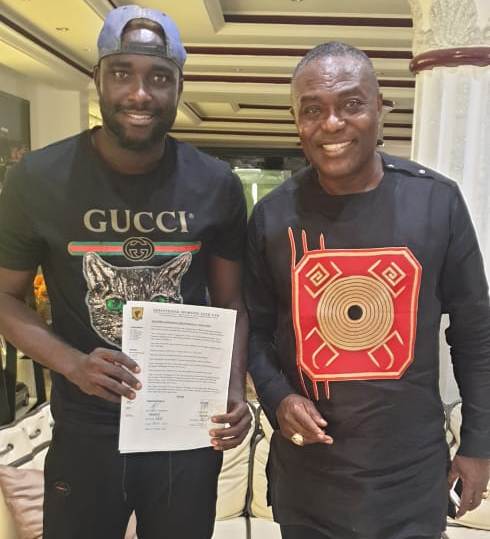 The 27-year-old has returned home after stints in Egypt and the Middle East.

He will serve as the direct replacement for Shafiu Mumuni who is set to sign for Romanian club CFR Cluj.

He moved to Egypt and first signed for El Shorta before joining El Makasa and Zamalek.