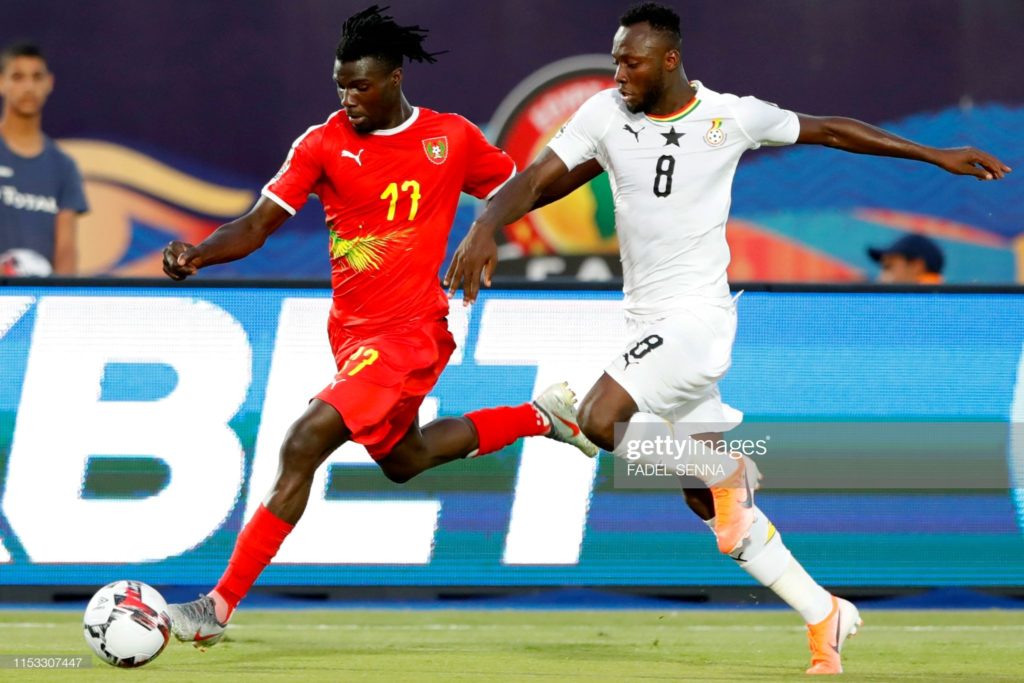 Guinea-Bissau's forward Mama Balde (L) is marked by Ghana's forward Owusu Kwabena during the 2019 Africa Cup of Nations (CAN) Group F football match between Guinea-Bissau and Ghana at the Suez Stadium in the north-eastern Egyptian city on July 2, 2019. (Photo by FADEL SENNA / AFP) (Photo credit should read FADEL SENNA/AFP/Getty Images)

The 22-year-old has already held talks with Recreativo Huelva over a possible switch to the Estadio Nuevo Colombino on a permission from parent club CD Leganés.

But reports reaching GHANASoccernet.com suggest that Córdoba CF are looking to hijack their rivals’ transfer plans by bringing him to the Estadio Nuevo Arcángel.

Owusu spent last season on loan at Salamanca UDS — where he netted 10 goals in 25 games.

His impressive performance last season earned him a place in Ghana’s 2019 Africa a Cup of Nations squad — where he made three appearances at the tournament as the West Africa giants crashed out at the Round of 16 stage after losing on penalties to Tunisia.