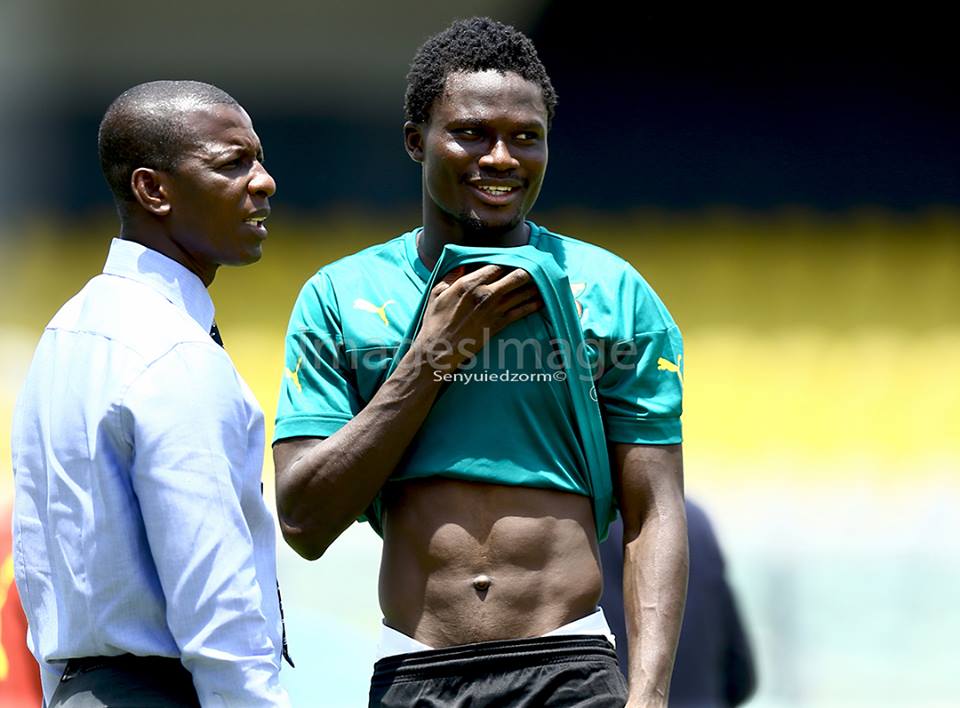 Leicester City defender Daniel Amartey will captain Black Stars of Ghana in the 2018 World Cup Qualifier against the Cranes of Uganda in Kampala on Saturday, Ghanasoccernet.com can exclusively reveal.

This follows the last minute pull out of skipper Asamoah Gyan from the squad due to injury while Andre Ayew was excluded from the squad by coach Kwasi Appiah.

Amartey will for the first time step into the heavy shoes of Asamoah Gyan and Andre Ayew since second deputy skipper Agyeman Badu isn't in the squad.

Harrison Afful has also been ruled out due to injury making it necessary for the coaches to appoint Amartey as the stand-in skipper for the crunchy duel with the Cranes.

Ghana will be playing the Cranes of Uganda at the Namboole Stadium in Kampala in a duel that can determine who makes it to Russia from Group E.

The West African side has been hit with serious injury problems with about 12 players fading out of the squad for the game on Saturday.

Five of the 11 players that handed Congo a 5-1 mauling at their own backyard in Brazaville - Jonathan Mensah, Harrison Afful, Thomas Agyepong, Christian Atsu and Afriyie Acquah, have all been ruled out of the game.

Amartey will therefore be handed a great responsibility of leading the side in a difficult game to test his leadership qualities.

Ghana, however, can't afford to lose the game in Namboole despite suffering several omissions from the squad while hoping Egypt fumbles against Congo in Alexandria on Sunday.