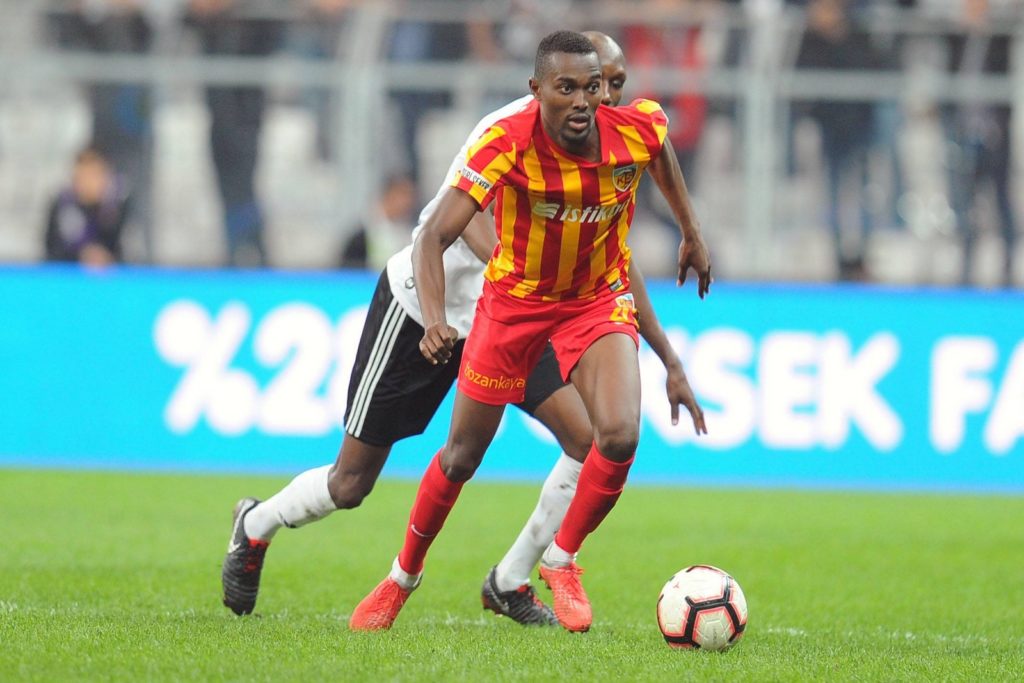 Bernard Mensah of Kayserispor during the Turkish Super League match between Besiktas and Kayserispor at Vodafone Park in Istanbul , Turkey on September 29 , 2018. PUBLICATIONxNOTxINxTUR

German side FC Köln are interested in signing Ghanaian midfielder Bernard Mensah in the summer, Ghanasoccernet can exclusively report.

Köln, who are on course to qualify for the Bundesliga with nine matches remaining in the German second-tier league, have made Mensah their number priority for the summer transfer window.

Mensah is having a great season with Turkish topflight side Kayserispor, where he is on loan from parent club Atletico Madrid.

The 24-year-old has been one of the key figures in Kayserispor's set up, making 24 appearances in all competitions. He has scored four goals.

Bernard Mensah signed a six-year deal with Atletico Madrid in 2015 but is yet to appear for the Spanish giants having been loaned out thrice - Getafe, Victoria Guimaraes and now Kayserispor.