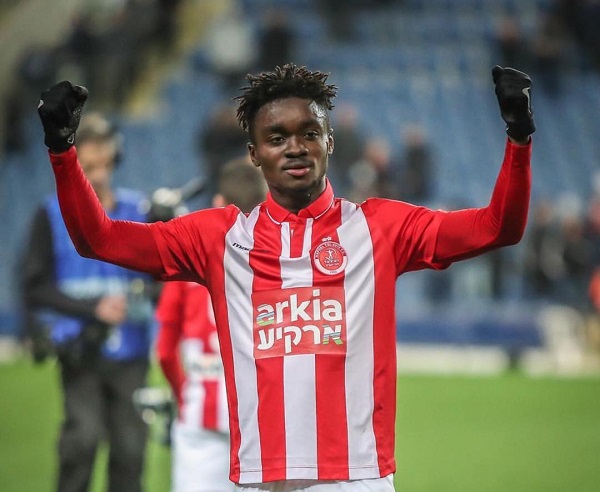 Ghanaian midfielder Emmanuel Boateng has emerged on the radar of some French clubs, GHANASoccernet.com can exclusively reveal.

The former WAFA and Aduana Stars midfielder has been outstanding for the Israeli giants this season, attracting offers from several clubs.

GHANASoccernet.com can reveal that some French clubs have made contacts with the club inquiring about the availability of the midfielder.

However, owners of the club the Nissanov brothers will only allow the player leave for the right offer.

The 22-year old swashbuckling midfielder made 18 appearances for Hapoel Tel Avibv last season, scoring a goal for the club.

The unnamed French clubs are monitoring the player, with most of these clubs hoping to close a deal for the player before the close of the summer transfer window.

Boateng played for Ghana at the youth levels and was also a member of the Black Stars B during the qualifiers for CHAN 2018.