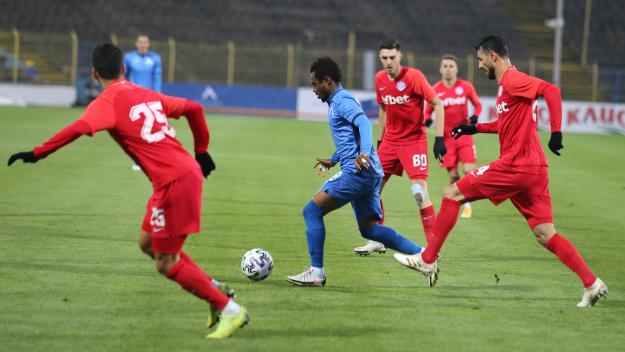 Former Ghana U-17 captain Nasiru Mohammed has agreed to a pay-cut to stay at Bulgarian giants Levski Sofia, GHANASoccernet.com can exclusively report.

But after negotiations with the new owner Nasko Sirakov, following the financial struggles of the club, the Ghanaian attacker has agreed to take 15,000 euros.

The decision to take a pay-cut was informed by the player's quest to stay and prove himself in Bulgaria.

This season the former BK Hacken player has featured 11 times and scored a goal for Levski.

Currently, Mohammed is with the team in Croatia for camping ahead of the second round of the First Professional Football League.

Whiles in Croatia, they have lined up friendlies against Domzale, Koper, and Olimpija.

Levski will return to Sofia on February 3 before their league game against Etar.