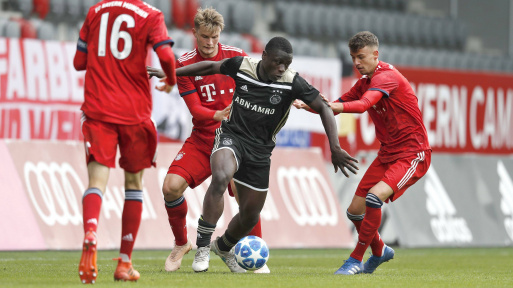 The striker has been reported to be on the radar of Manchester clubs United and City, but there has not been any official statement from both clubs for the 17-year old.

But Brobbey says he has received several offers from England but will like to stay in Holland to continue his development.

"I have already received many offers, especially from England," Brobbey said

"My environment wants me to stay here and develop myself calmly, that also feels like the best option for me," he added.

Brian, who is junior brother to PSV defender Derrick Luckassen says he gets flattered when compared to Manchester United forward Romelu Lakaku.

However, the confident youngster says he remains Brian Brobbey.

"I often hear the comparison with Romelu Lukaku when it comes to that competition, I have nothing to do with that. I am Brian Brobbey, I do my own thing. "