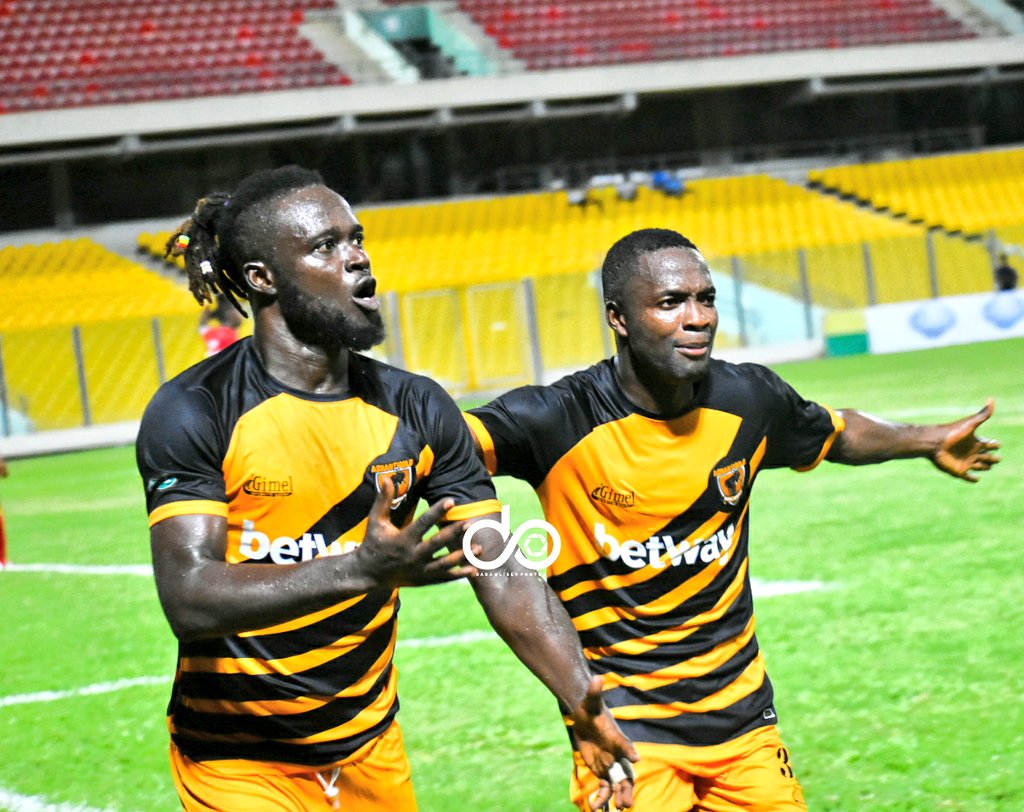 Legon Cities have completed the signing of striker Hans Kwoffie on a two-year deal from Ashantigold, GHANAsoccernet.com can exclusively confirm.

The former Medeama and Heart of Lions striker becomes the first signing of the club in the second transfer window.

The 31-year-old completed formalities on Tuesday to reunite with former boss Bashir Hayford.

The talented striker re-joined Ashantigold at the start of the season after leaving Malaysian side Manjung City Football Club but has left over unpaid financial entitlement.

Kwoffie scored five goals in eight appearances for the miners prior to his departure.

He is expected to be key for the Royals who are in desperate need of oxygen after their purple patch run of form.