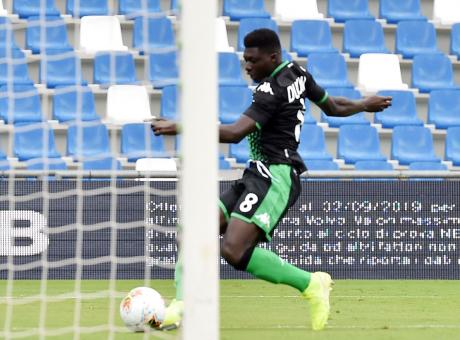 AFC Fiorentina are interested in signing US Sassuolo midfielder Alfred Duncan in the winter transfer window, GHANAsoccernet.com can exclusively report.

Report reaching GHANAsoccernet.com suggest that new Viola coach Beppe Iachini is a fan of Duncan, having worked with him previously at the Sassuolo two seasons ago.

Duncan has struggled for playing time in Roberto De Zerbi’s side in recent months, as De Zerbi switched to a 4-2-3-1 formation that doesn’t include the former Inter midfielder.

Iachini would like a reunion with Duncan, although it remains to be seen whether Sassuolo would sell the player mid-season.

Duncan has been at Sassuolo since 2015, joining from Sampdoria.

The 25-year-old has scored one goal and provided 5 assists in 12 league games for the Neroverdi in the ongoing season.