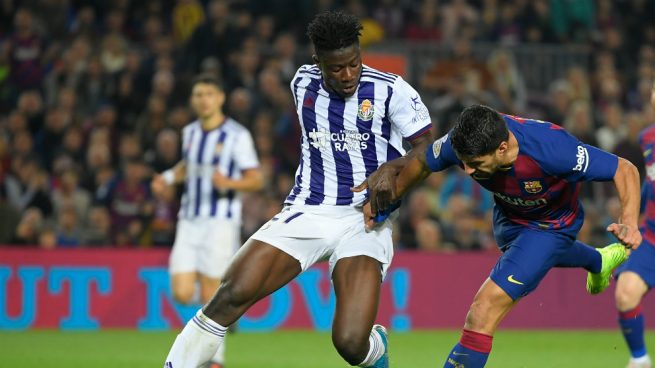 Following the departure of Fernando Calero to RCD Espanyol, Salisu became a starter for Real Valladolid, partnering Kiko Olivas at the heart of defense.

His impressive performances for the Castile and León side so far in 2019-20 campaign have prompted interest from several clubs across Europe.

According to a grapevine source, Sevilla are preparing an offer of €12 million to snatch the 20-year-old guardsman from the the Madrid-based outfit.

Ramón Verdejo 'Monchi', who is the Sporting Director of the Andalusians, is reported to be keen on landing the budding defender in the forthcoming January transfer winter window.

Salisu has made 12 appearances and netted one goal for Real Valladolid in the ongoing La Liga campaign.

He was called up for Ghana's 2021 Africa Cup of Nations double-header qualifiers but withdrew from the squad due to injury.