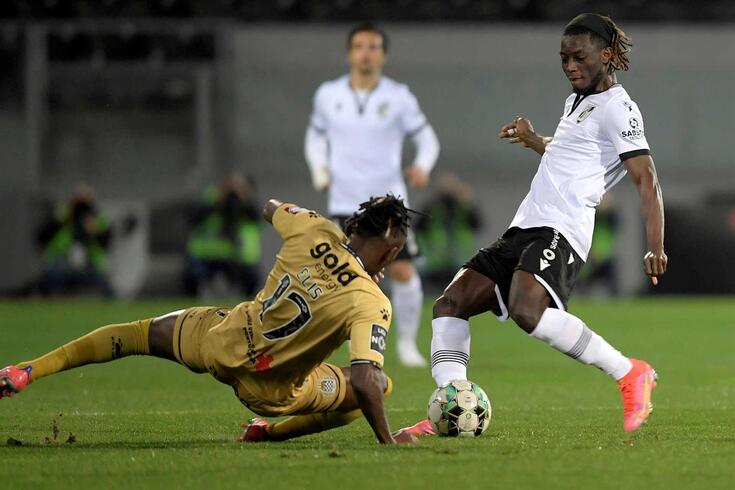 The Portuguese Primeira Liga side have promoted youth team defender Hélder Sá as Gideon Mensah returns to parent club Red Bull Salzburg in the summer. Hélder Sá has been handed a 3-year-deal from the youth team with a release clause of 30 million Euros.

Mensah who has become an integral member of The Conquerors will return to Austria after Vitoria Guimaraes failed to meet the asking price of Red Bull Salzburg.

Red Bull Salzburg are demanding 2.2 million euros for the defender who has become an integral member of the Os Vimaranenses.

Mensah has been outstanding in the ongoing campaign making 16 Primeira Liga appearances for the European place chasing Guimaraes.

The left-back who joined Red Bull Salzburg in 2019 from feeder side FC Liefering has spent time on loan at Zulte Waregem and Vitoria Guimaraes.

He was a member of the Red Bull Salzburg youth team that won the UEFA Youth champions league in 2017. His contract with the Austrian giants ends in 2024.