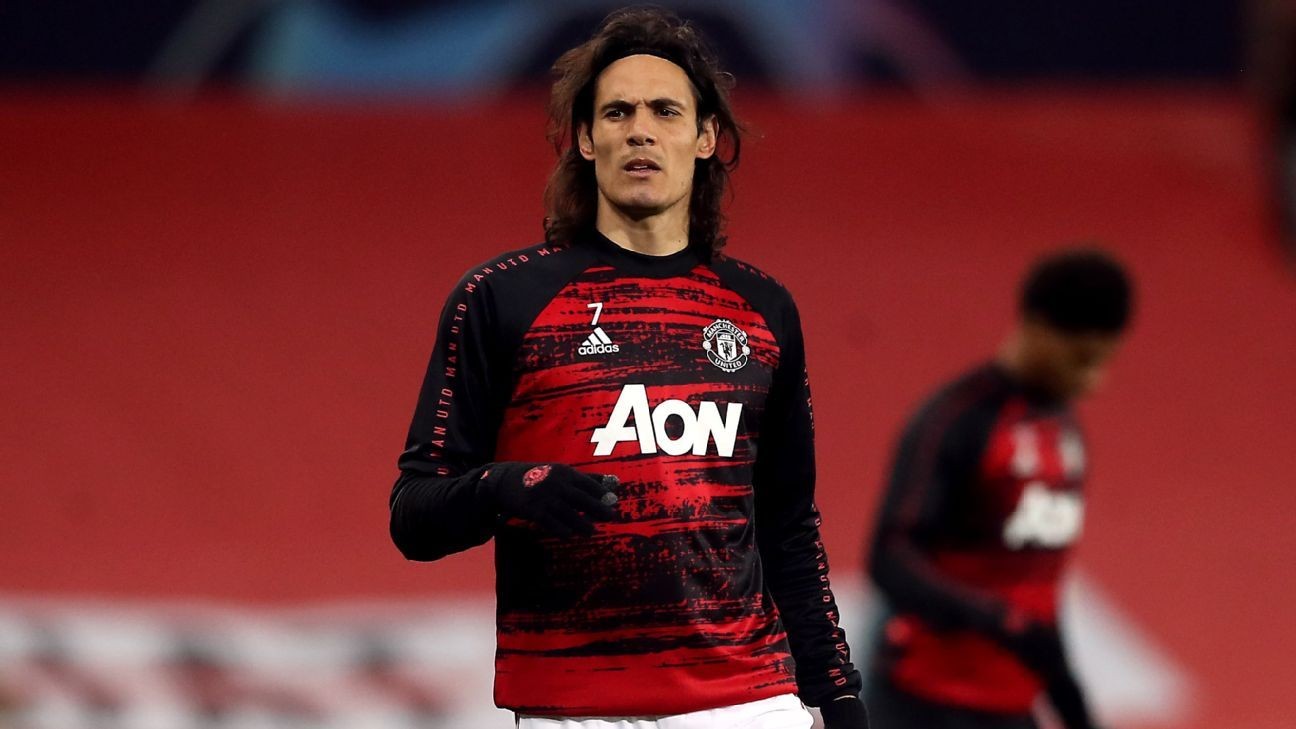 The English Football Association are investigating a social media post made by Manchester United striker Edinson Cavani which contained a Spanish phrase which can be interpreted as being offensive.

Cavani deleted the post, sent to a friend on Instagram, after being made aware of the meaning in the UK.

The 32-year-old scored twice -- including a stoppage-time winner -- as United came from 2-0 down to beat Southampton 3-2 on Sunday.

"The message I posted after the game on Sunday was intended as an affectionate greeting to a friend, thanking him for his congratulations after the game," Cavani said in a statement on Monday.

"The last thing I wanted to do was cause offence to anyone. I am completely opposed to racism and deleted the message as soon as it was explained that it can be interpreted differently. I would like to sincerely apologise for this."

Cavani has explained to United that he was unaware of the meaning in the UK because it is used among friends in his native Uruguay. It is likely to be his defence if he faces an FA charge.

A United statement read: "It is clear to us that there was absolutely no malicious intent behind Edinson's message and he deleted it as soon as he was informed that it could be misconstrued.

"Edinson has issued an apology for any unintentional offence caused. Manchester United and all of our players are fully committed to the fight against racism."

In November 2019, Manchester City midfielder Bernardo Silva was banned for one match and fined £50,000 after a social media post that made reference to teammate Benjamin Mendy's race.

The FA found the tweet constituted an "aggravated breach" of the Football Association's rules on social media behaviour and Silva was also ordered to undergo an education course.